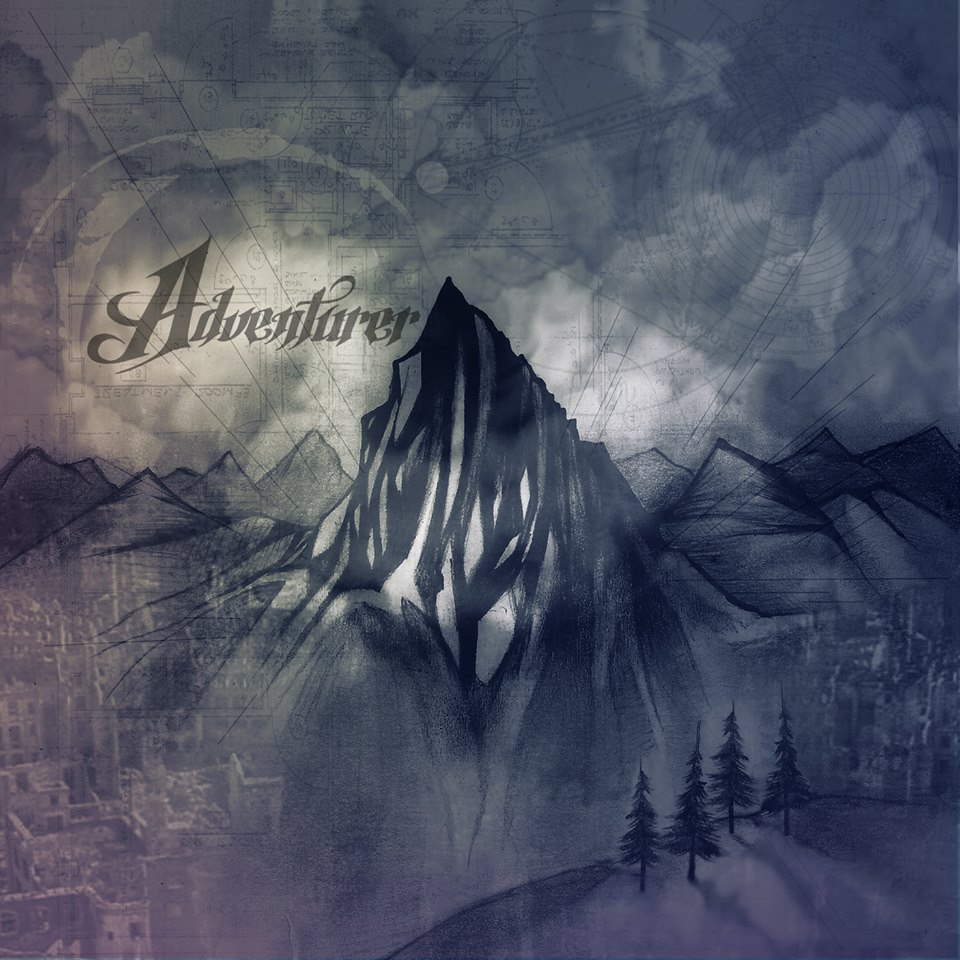 Today’s post isn’t really an in-depth review, but more like a brief introduction to a band that I only discovered very recently since they signed to Blue Swan Records, a label that has released three albums that were part of my top ten, last year. Let’s get down to business then: Adventurer‘s self-titled debut EP is the subject of the following couple of paragraphs!

If you are familiar with the label, it will come as no surprise that the Michiganders play post-hardcore, since every artist on the roster is part of the same genre. A fact that might seem boring to the ignorant, but the variety that can be found between all the bands is phenomenal! Personally, I’d rather have a label focus on a single genre and hand-pick every single group of musicians, thus ensuring a very high quality standard…a fact that is confirmed by today’s trio!

What equals complex guitar melodies, intricately rhythmic drumming and interesting songwriting? Correct! A seven track strong EP that is a blast from start to finish! If one considers that this is the first year that the band has been truly active, including touring and gaining inspiration, I can only imagine what the guys are going to come up with for their debut full-length!

Despite them being a three piece band, Adventurer employs dual vocals, with one covering the clean vocals, and the other one the screams and occasional growls. Throughout the twenty-nine minutes, the dynamic between both styles is always spot-on and guarantees a diverse ride! On a speculative side note: the cleans have a timbre that no other band on the label has, so a third superband in the near future could be a possibility…just saying.

This about does it for today. I’m aware that it reads more like a Wiki entry than a proper review, but I just felt like I had to spread the word and, hopefully, introduce some of you to them! You can listen to their entire EP below, and visit their Facebook page for more info on the progress of the recordings of their debut album, which will hopefully see the light of day this year!