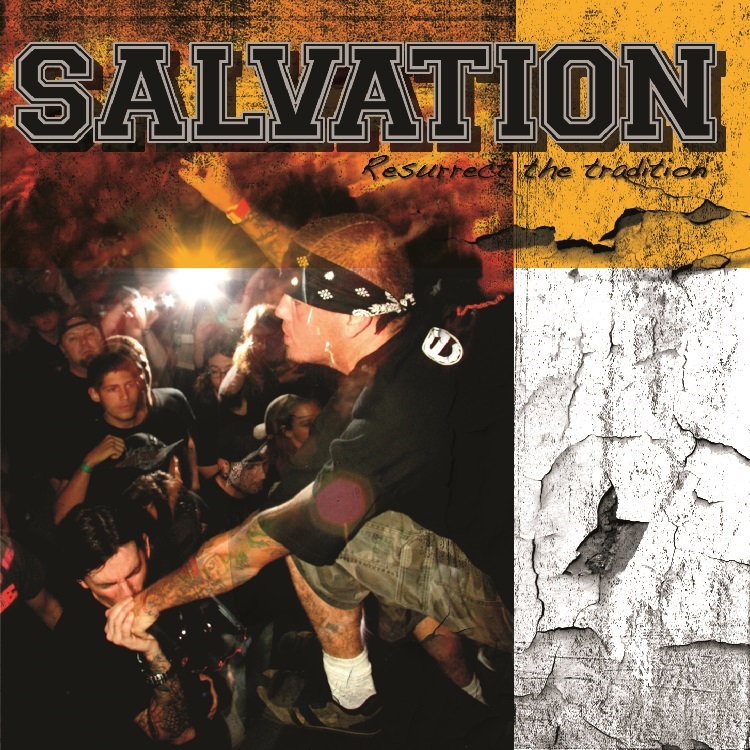 I’ve set a personal goal for myself this year, which is to review as many different genres as possible, and after being off to a good start already, I’ll continue in the same vein with today’s band: Salvation! The Florida-based old-school hardcore formation is about to release its debut album Resurrect The Tradition on January 26th, so I’ll give you my two cents on it!

Before I do so, I should probably confess that I’m not a huge fan of traditional hardcore, especially in a live setting, but there are a few bands that I enjoy quite a lot. Today’s quintet, however, has all the elements that draw me toward this specific genre: massive amounts of groove, neckbreaking riffs and a no bullshit attitude!

On the other hand, it also highlights some of the factors that make me so picky when it comes to this type of music: too many chugging rhythms and generally-speaking a very repetitive songwriting. Which is why the eleven songs all seamlessly blend into each other and before you notice what hit you, the album is over. Luckily this doesn’t always necessarily equal something bad, because in this case I actually wanted to press the replay button.

During the thirty-five minutes, the singer mainly sticks to his aggressive screams and hardcore-typical spoken word-like singing, but occasionally he goes into deep growls and sometimes even into screeches, which gives the vocal front a nice multifaceted feel. Lyrically, I just can’t get around saying that it’s nothing I’ve heard on pretty much every record in the same genre that is out there already.

To sum things up, I’ll say that Resurrect The Tradition is exactly what its name suggests: a revival of many classic elements, with a dash of modern aspects, that managed to keep me interested but didn’t exactly blow me away. If you are into classic hardcore I can strongly recommend giving it a listen though! For more information, be sure to head over to their Facebook page and if you are curious, listen to the song below!
[youtube https://www.youtube.com/watch?v=zy0vF0LJYo0]