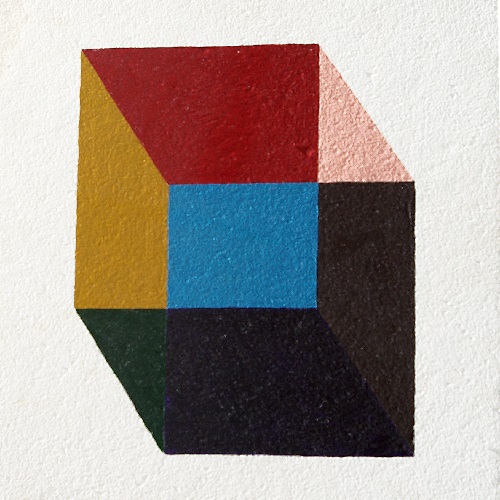 After bringing you a couple of reviews from my musical comfort zone these past two weeks, it’s time to step out of said zone again and venture toward the unfamiliar! My first thought when I put on Brunel‘s record Smash On, was “Oh hey, this sounds like Sex Bob-Omb from Scott Pilgrim Vs The World!”. I know this sounds random, but if you’ve seen this, seriously underrated, movie, you might not take me for bat-shit crazy.

The quartet plays this weird mix of stoner rock and hardcore-punk, that just makes you wanna dance. While the massive bass lines are definitely the driving force behind the instrumental part of the nine tracks, the guitars and the drums contribute a lot to the energetic vibe as well. On a technical level, the music is nothing to write home about, but the groove shines when it has to and there is enough diversity to avoid boredom.

Just as the title of the Englishmen’s record might suggest, these thirty-eight minutes are fairly straight-forward and combined with the, dare I say, primitive production, they don’t try to be something they’re not. If the word “primitive” has discouraged you from even considering this record, you are on the definitely on the wrong track. The instruments all sound organic and convey a truly honest sound. No bullshit allowed.

The vocals are, what I would predict to be, hit or miss for the majority of listeners however. The performance itself is really solid, but the way they are recorded might make it difficult to get into them at first. The way I imagine them being recorded, is by placing a megaphone five meters away from the mic, then the singer another two meters away from that. While I’m quite sure that that’s not at all how it was done, I must say that after a few tries, I enjoyed them for their uniqueness.

All in all, Brunel are definitely not your run-off-the-mill band or everyone’s cup of tea, but if you like music that is different than the rest and that is a bit wonky, in a good way, at times…don’t hesitate and give Smash On a spin! Side note: in my humble opinion they have some similarities to our local stoner-rockers Dirty Crows in some instances…maybe that might incite you further. Either way, head over to their Facebook page and listen to the song below until the official release date on May 11th!