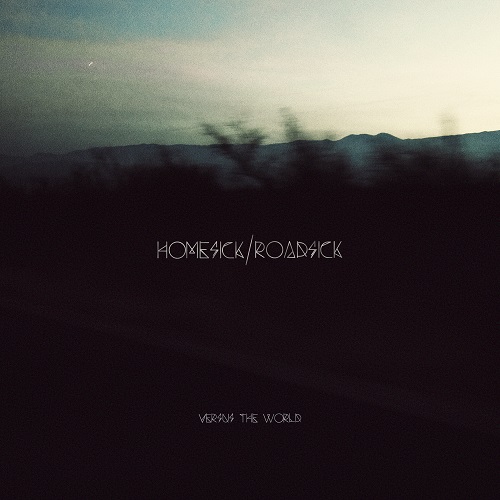 I feel like there’s been some sort of pattern these past few months, where I alternate between punk and metal reviews…and honestly: I’ve never been happier. I’ll be honest: at times it’s really difficult to provide content all by myself on a weekly basis, but records like Homesick/Roadsick by Versus The World make the struggle well worth it!

The Californians play punk rock with a penchant toward the pop punk genre with some minor emo elements, which goes down so smoothly because of their proficient songwriting skills and mastery of their instruments. Melody is definitely the major driving force behind the eleven songs, but in terms of speed and power the quintet doesn’t lag behind either, providing a truly solid backdrop for the vocals.

The drumming is energetic and is accompanied by clearly audible bass lines, and both in perfect interplay the achieve a groove-laden base, that is overlaid by tons of simple but truly effective guitar riffs that range from heavy to soft melodies. The cherry on the cake are the playful solos that spice things up in just the right moments, thus creating a massively catchy experience to every listener.

The emo elements I mentioned earlier are only found in the vocals, which despite being melodic and screamed for the most part, are shaky and a bit whiny in some moments…and I absolutely dig it. Simply because it provides a truly heartfelt quality to the vocals, that is often lacking in the (pop) punk genre. In case you are not into that type of performance, don’t shy away, because it’s very minor, easily ignored and it doesn’t distract from the strong singing capabilities of the vocalist at all.

Homesick/Roadsick is the first output of the band that I’ve listened to and it managed to leave a very positive impression of Versus The World! So be sure to give the record a spin when it’s released on June 23rd, despite the most-likely major hangover you’ll be having after the National Holiday celebrations! In the meantime, you can listen to the first single below and head over to the guys’ Facebook page for more information!