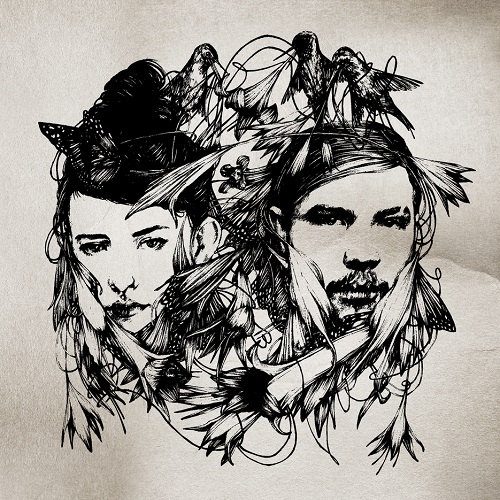 Today I’m going to tell you a bit about one of the most interesting solo projects I’ve heard of in recent times. Michael Franzino, of A Lot Like Birds fame, started a crowdfunding campaign a while ago, so he could isolate himself for an entire month in a cabin in the middle of nowhere, in order to write his, as he called it, most personal album thus far. After successfully raising the amount, alone. was born and more or less a year later, yesterday June 30th as a matter of fact, Somewhere In The Sierras was released…and it’s not what I expected…at all.

To be frank, I got into ALLB quite late but I devoured all of their previous releases with great appetite, so obviously when I read that one of the main songwriters was starting a side project, I immediately backed it and I was eager to hear the first song, full well knowing that it would not have the same magnitude as the full band music. When I did hear the first track, I was a bit underwhelmed, simply because it sounded very electronic and soulless to me. In hindsight I must say that I was a fool, trying to judge such a conceptual album after a single output…but even now, after having listened to it around twenty times, I’m not as flabbergasted as I thought I would be.

Obviously, expectations are always a double-edged sword but I have to say that SITS is a definite grower. Once you get your head around the fact that the music is not necessarily driven by the “classical” instruments (or lack thereof in some instances) used, but rather the atmosphere that is created through the extremely melodic soundscape of various atypical instruments and electronic devices. There’s cello, violin and trumpet…which, to be fair, have been present on his previous works in one form or another but have never been as much of a driving force as during these thirty-six minutes, as well as a lot of electronic sounds.

The vocal duties are mostly shared between Michael himself Danika McClure on a few songs, who have a really enjoyable dynamic going on between them…even though I guess technically the project should be called together. then, but I digress. The lyrics are mostly themed around solitude and melancholia, which is to be expected if you consider how and where the ten songs were written. The songwriting on the other hand is top notch, in my opinion, because even though there is only one major “hit single”, so to speak, the ensemble is just so soothing and thought-inspiring that it’s a pure pleasure to delve into it.

All in all, alone. is one of those things that I can’t really recommend everyone to listen to, simply because I think that if the idea behind it doesn’t appeal to you or at least intrigue you ..it’s most likely not your cup of tea. With that being said, listen to the above-mentioned song below and if it touches you in one way or another…do yourself a favor and don’t miss out on this beautiful piece of art. More information can be found on Facebook.
[youtube https://www.youtube.com/watch?v=FUGf7kff_xo]