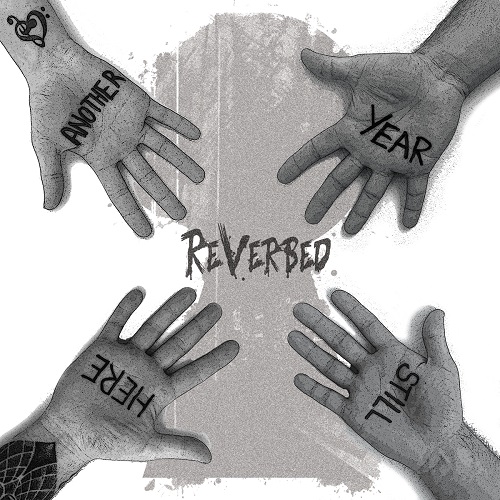 It’s been a while since I wrote about a band that I wasn’t familiar with before-hand, and I thought it would be high time to change that, which is why I’m pleased to bring you a fresh review of a little EP called Another Year, Still Here. The culprits behind this rather enjoyable pop-rock release, which was released last Friday, October 23rd, are ReVerbed, a young band from Brighton.

I’ll get to the point rather quickly because the four tracks are sadly almost over before they even started: it’s solid. Very much so even, because of one simple yet very effective feature: dual vocals throughout all the songs. Not just in alternation but also very often at the same time, which is something that sounds banal in written form but actually elevates the performance to a level of its own.

Especially so because the male and female voices create a highly distinctive harmony that goes perfectly with the, to be frank, straight-forward yet catchy instrumentals. I honestly can’t quite put my finger on what it is that ReVerbed have, but I know that they do have exactly that. While no stand-alone element is anything to write home about, the final result of these twelve minutes will be stuck in your head, I promise.

All in all, Another Year, Still Here is an EP that deserves your attention, because it does everything right and, I know many share this opinion, this band has the potential to make it big. So if you want to be among the people that knew about ReVerbed “before they were cool”…be sure to listen to the song below and check out the band’s Facebook page!
[youtube https://www.youtube.com/watch?v=UTmRwsXuC6w]