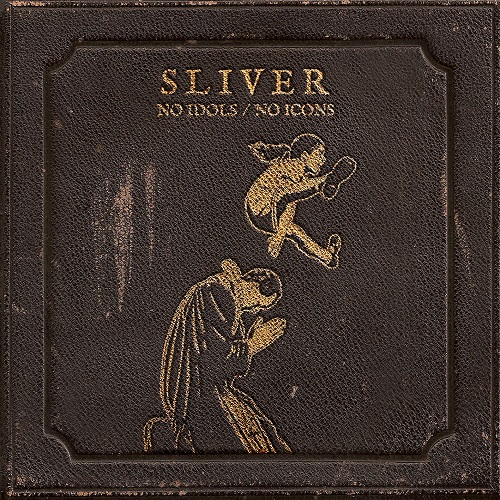 The way I choose what to review is pretty easy: if it’s national, I’ll most likely write about it and if it’s an international one whose previous album I liked, they’ll probably also be featured on here. There are of course a couple of exceptions but that’s the, albeit slightly unfair, modus operandi. Well, with that said: Sliver are definitely a band that impressed me with their 2012 endeavor Disobey Giants, and they’re about to release the follow-up, called No Idols/No Icons. So here’s my two cents on it!

Essentially, the Belgo-Franco-Luxembourgish potpourri plays punk, but of a very experimental kind, where you can find screamo elements, as well as some hardcore (punk) ingredients, which all come together nicely and thus provide an enjoyable listening experience. While I do feel that the quartet has found its definitive sound this time around, thus being more concise in its execution, there is still enough variety to go around for everyone.

Returning listeners be assured: many “trademark” aspects from their previous records have found their way into these eleven songs, so the megaphone screams and socio-critical themes will still provide you entertainment and/or food for thought. The greatest improvement to me, however, is the more straight-forward songwriting, because it makes the different songs a lot more memorable. I also feel like the production has become cleaner, making it easier to distinguish the individual instruments…but that might just be my imagination.

The thirty-seven minutes also feel like they pack a tad more groove, and therefore danceability (read: moshability) plays a big part too. The vocal performance has remained at its previous high level and, even though the singer jokingly berated me that it was impossible when I mentioned it in my previous review, the lovely Frenglish accent is also still present. Add to that the truly fitting quoted interludes, and you have a well-rounded package.

All in all, not only have Sliver proven to me that getting into their music a while ago was definitely worth my time, but also that sticking to them was the right choice. NI/NI is a fairly diverse work of art with a lot of strong messages, and a fitting musical backdrop as its medium. So, do yourself a favor and listen to the song below and head over to the guys’ Facebook page if you want to keep up with their future! Last but not least, as you’re reading this, the entire album will be available on Bandcamp, so head on over and give it a proper listen!
[youtube https://www.youtube.com/watch?v=wNcYAyyWs18&]