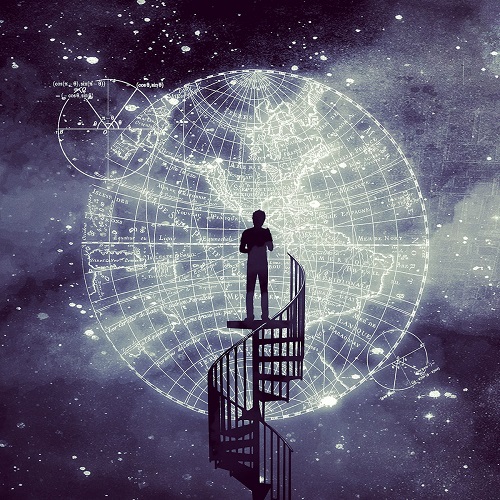 When you go to a smaller show, you’re almost always confronted with a local support band and that can be a hit or miss thing. I’ve had to endure my fair share of terrible opening acts over the years, but I’ve also had some extremely pleasant surprises and discovered some amazing bands that I would, probably, have never come across otherwise. Luckily, today’s review is about the latter kind, because Atlas:Empire‘s upcoming debut full length The Stratosphere Beneath Our Feet is a strong first step!

The quartet plays technical post-hardcore that relies heavily on the atmosphere that is constantly being built and kept throughout the entire ride. To achieve this they use two main principles: don’t overplay, but instead serve the song and don’t worry about the duration of the track, as long as it works in its favor. Needless to say that the approach is successful, since there’s never a dull moment during these fifty-nine minutes.

Please don’t get me wrong though: not overplaying an instrument doesn’t mean that there’s no substance to sink your teeth into. There are plenty of memorable riffs and bass lines that complement the drumming perfectly, and a host of details that might strike you for the first time after your umpteenth playthrough.

The instrumental side alone of the Scots would be enough to create the trance-like state that the ten songs put you in, but the vocals add another layer that is guaranteed to draw you in even further. They take up the, in my opinion, perfect amount of space, around a quarter, of the album and due to their heartfelt performance, they are the cherry on a truly delicious cake.

All in all, The Stratosphere Beneath Our Feet is a record well worth your time and I am hopeful that it will put Atlas:Empire on the map when it releases on December 8th. If you want to find out more, head to the band’s Facebook page and make sure to check out the video below. Last but not least, if you get the chance to see these guys live, do yourself a favor and go!
[youtube https://www.youtube.com/watch?v=ueSp6DFIJ4Q]