“No Strings Attached!”, this could have been the alternative title for Like Lovers’ newest EP Fire. The mastermind behind this little gem, Jan Kerscher seems to write music with an unattainable ease, which makes every aspiring musician / songwriter burst in utter jealousy; and I’m not even exaggerating. Recording 2 EPs within one year whilst simultaneously producing / recording bands in his studio is something that deserves my biggest respect and I guess this guy enjoys doing several full-time jobs at the same time.

The opener “Easy” is an easy-listening indie pop piece that gets you from the first second on with its catchy guitar riff and edgy structure, something completely different from the atmospheric opening track “Again” on this year’s first EP Former Selves. Speaking of no strings being attached, this was the first thing that came to my mind when I first heard Easy; as the song funnily reminded me of The Beatles’ approach in songwriting after they left their boyband image behind and started experimenting on a new sound and attitude, with no coercion or preconception of what could be wrong or right. The only right thing to do is start jamming and to me Easy obviously is a track that started as a guitar jam.

Luckily though, this short EP does not get boring in terms of songwriting, as the next track Satellite could not be more different from the first track, which is a good thing. Variety is a must in singer / songwriter music and Satellite is the proof of how it has to be done. What begins with an acoustic guitar and Jan singing about the desire of love (which could easily drift into a sticky kitsch love song) turns into a decently impulsive groove combined with a memorable vocal melody. Satellite could be the key track of this EP if it wasn’t for the next track Fire, which definitely is my favorite song. The fragile, almost minimalistic structure of the song, the dreamy vocals and the chimes are backed with 2 pumping drum tracks offering the right balance between atmosphere and dynamic.

The last track Nowhere is the most driving track with its rhythmic bass line and would almost suit for dancing. Again, the chorus melody is pure catchiness that is topped with the berzerk sounding guitar at the end, making it a very pleasing pop song and I have to admit that I am positively surprised by this EP. Writing music is an unthankful task demanding perfection once you decide to do it seriously. Jan breathes music and he’s got what it takes to write and produce memorable and enjoyable music. I jokingly ask myself if he’s got something to hide under all his talent, be it a reading disability or maybe an irrational fear of complicated mathematical tasks; because he’s brilliant and devoted at everything he does so there must be something he’s not good at. Maybe football?

You can get the EP on Bandcamp for free, but I would appreciate if you would pay for it! As I already mentioned several times before, independent artists do not live of love and air alone. Thank you! 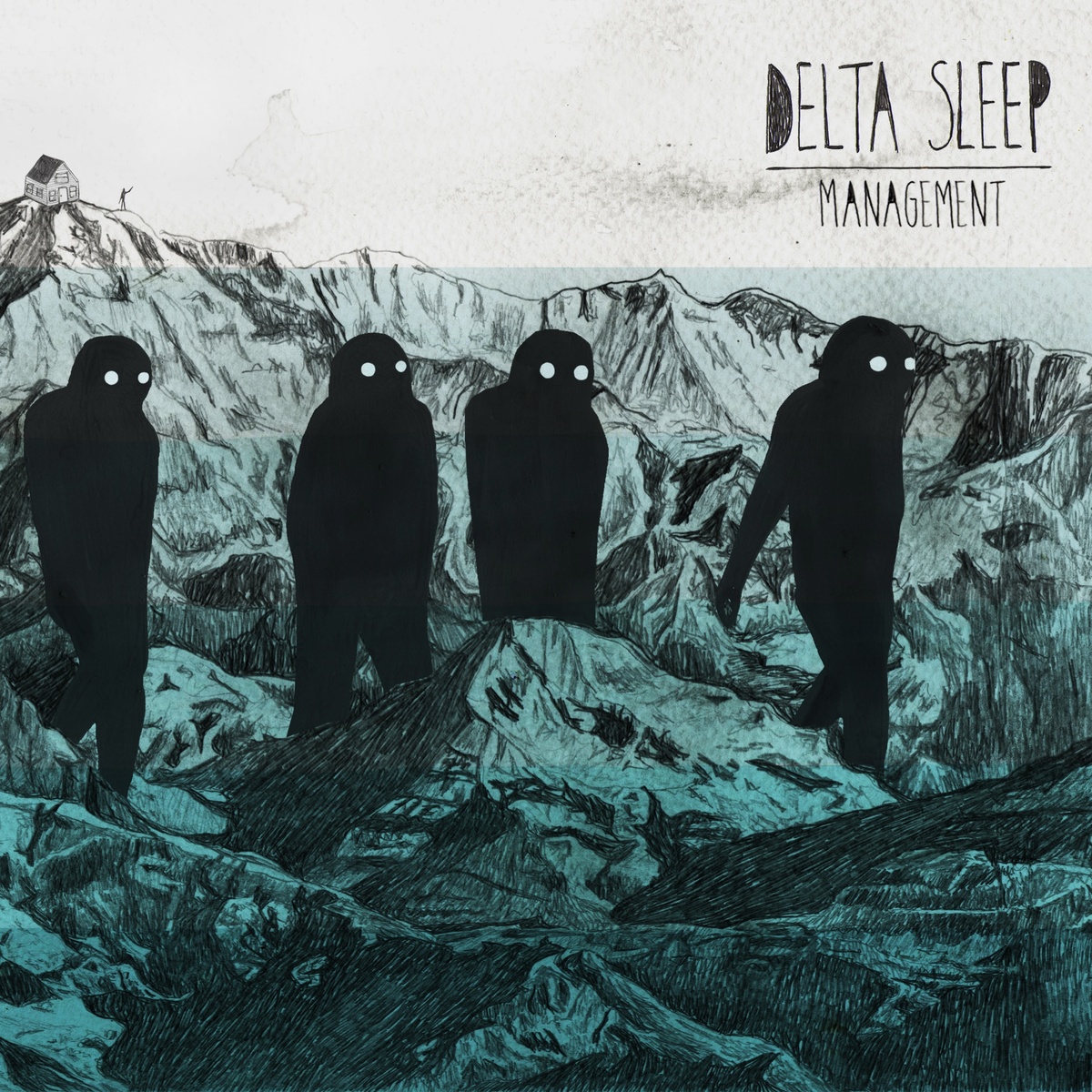 The Canterbury-based boys and girl of Delta Sleep were in Luxembourg with Mambo, another stellar math rock band, last month, and we decided to feature them because they deserve it. They released their second EP Management back in May. It sounds very mathy and slightly emo with a pinch of post-hardcore added to the mix (the latter element can be attributed to the singer’s occasional screaming, but also the fast tempo throughout most of the EP.)

The problem with math rock is that its complex rhythmical structures can all too easily result in an overkill, and that’s what I was worried about when I first heard the opener. 16:40 AM is chock-full with turns, surprises and constant changes of pace and vocal style that leave your head spinning through 5:56 minutes. While the song is intelligent enough to be exciting instead of overbearing, it does tread dangerously close to the edge, and I’m not crazy about it. I would probably enjoy it more if the band had cut it short by 1 minute, or taken drastic measures by taking away 3 to cram all of that energy into a different song altogether. (It goes without saying that my opinion must be taken with a grain of salt, especially seeing as most critics and fans view 16:40 AM as the undisputed highlight on Management.)

But then they made a wonderful choice by using a toned-down interlude followed by a much neater math gem entitled Jesus Bill! to let the listener recover, and I found that 16:40 AM is an integral part of the collection. The frenzy of the opener is an ideal way to set the energy for the EP and bring out the magic of the remaining songs.

Moving on to Camp Adventure, the fourth and most subdued track. It is lovely and relaxing to listen to in its acoustic simplicity, so much that the groovy Dustbusters, my personal favourite, jerks you out of your trance again. It comes with a great bassline and unravels beautifully over 6 minutes and 37 seconds.

So Say We All, the grand finale, starts out slightly American Football-style with melancholic vocals and soothing picking on the electric guitar, transforms into a full-on, raw math rock/post-hardcore monster halfway through, and finally fizzles out smoothly again. I love it. It does what the final track is supposed to do: leave you euphoric and in the clouds.

Delta Sleep has fantastic technical skills and very forward-thinking ideas. With Management, they managed (lazy pun intended) to create a fun 6-track collection that will incite feet-tapping and head-bobbing, but that’ll also have you stare pensively off in the distance. Visit their official Tumblr for more information and find a link to their Bandcamp below.