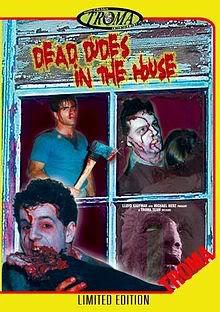 I am sure everybody remembers his first zombie movie. If you were lucky it was most likely Night Of The Living Dead (1968), Dawn of the Dead from 1978 or 2004 or Day of the Dead (1985). Well, my first zombie movie was none of them and you know what? I am still cooler than you because mine was: Dead Dudes in the House! I watched this movie years ago at a friend’s place and since then it doesn’t get off my head.

I have to admit that I forgot about the title for years but most of the scenes were stuck in my head and I regularly asked my friends and searched in forums for it. A few months ago the time had come and I found out the title: Dead Dudes in the House (yeah!!!). This is not a typical movie about the undead like you would expect it from Romero for example. First of all, I have to tell you that Troma Entertainment have their fingers in the pie. So, as the direction the movie is taking is cleared out, I want to tell you a bit about the story. 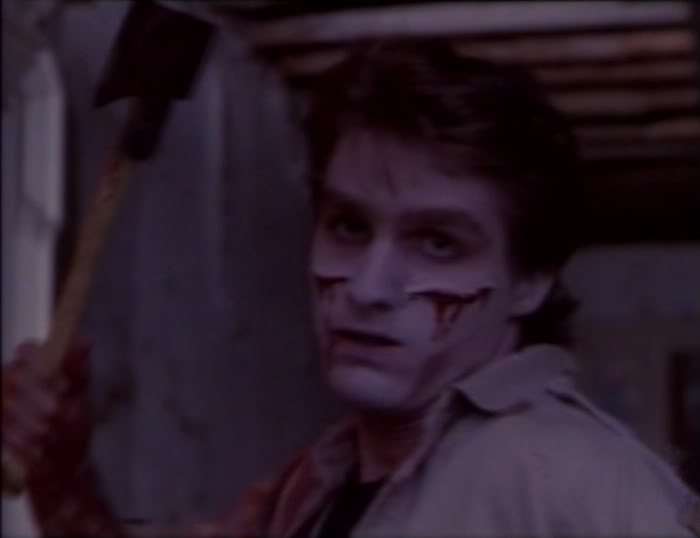 James Riffel’s movie from 1991 is about a group of teenagers who want to renovate an old house, which one of them had bought. Not knowing that the cheap mansion is haunted, one of the teenagers destroys a tombstone while they are inspecting the “garden”. After having entered the house they pretty soon come across an old Lady which from now on goes on a sadistic killing spree and turns the young people into her zombie army. Why all the agitation? Well, the teenagers destroyed the last resting-place of the woman which made her quite upset.

The story, some times, has a few longueurs and there could have been more gore scenes and blood in it. But I surprisingly liked this crazy story very much and the old lady is still a bit fishy. She actually was the second movie character which, as a “kid”, I was scared of.

First was this one (still creepy as shit):
[youtube https://www.youtube.com/watch?v=36WEn-9zs1U]
OK, back to topic. The actors are shitty but that’s a must in B-Movies and that’s what Dead Dudes in the House actually is: a B-Movie but a really cool, funny and even sometimes a bit scary one. This is the first movie where I hope that somebody will do a remake of.

While writing this short review, I was constantly thinking of a fight between Vera Cosgrove (the old zombie bitch from Braindead) and Leatherbee (the crazy and deranged undead granny from this movie), and I was wondering who would win. Make your bets and tell me in the comments.

P.S. I can’t post a video from the movie but here is an external link:
Dead Dudes in the House scene