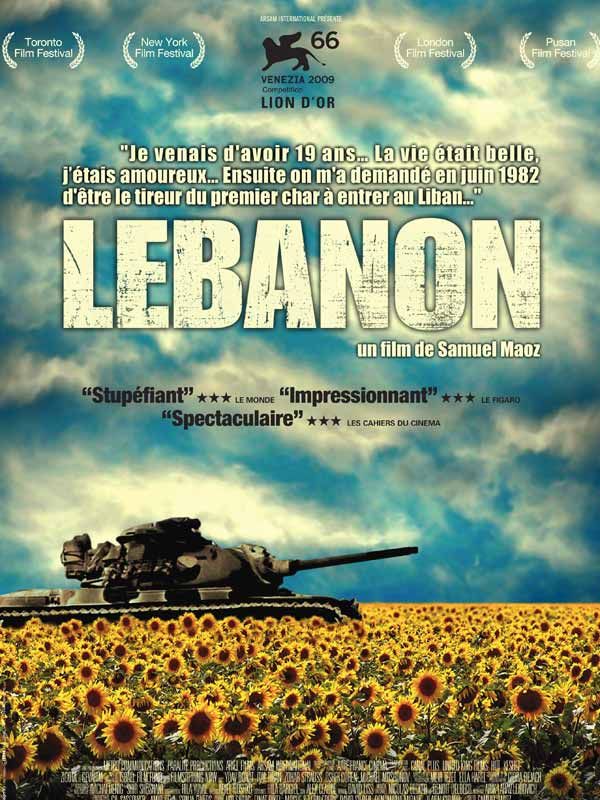 Written and directed by: Samuel Maoz

“Man is steel. The tank is only iron.”

Little did I know about the First Lebanon War and after watching this movie, I don’t want to know much more about it because war is something disturbing that agitates me. After the latest happenings in Libya and the “murder” of Muammar Gaddafi, I felt the sudden urge to watch this movie; not because it’s got something to do with the libyan “revolution”, but I was saddened that once again the bad guy got killed before his trial could take place with Gaddafi having the possibility of revealing a few inconvenient truths and facts about our western countries, but that is not going to happen now.

What’s it got to do with “Lebanon”? Well, I center my thesis on the failure of diplomacy and democracy. When you kill a fascist leader before he has his trial to which he may explain his points of view that’s a throwback in diplomacy and democracy. Because one has to listen and accept (not tolerate) an “asshole’s” opinion, no matter if it corresponds to our ideals or not. And when you start a war against a neighbour country, like in the movie, that is a throwback as well in both aforementioned points. 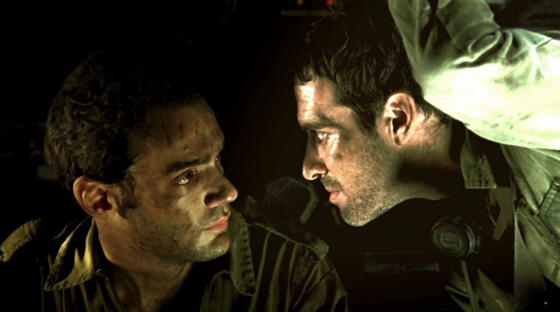 Last but not least, how many men had to pay with their lives for something they stood for or not? In our society, we tend to only recognize facts or numbers and forget the cruelty and barbarity of a war. We’re successfully stunned by media coverage and are barely shocked when seeing pictures of a dead fascist leader soaked up in blood. We’ve all become comfortably numb and that’s why this movie matters to me and this is why I drew parallels to the libyan revolution and “Lebanon”.

“Lebanon” is the story of Israeli paratroopers and a lone tank invading southern Lebanon on 6 June 1982. The tank’s crew consists of Assi, Hertzel, Shmulik and Yigal who follow orders of their Commander Gamil to invade a small city and head towards a place they call Saint Tropez.

The whole mission turns into a disaster and the troop will land in some kind of ambush in an apparent dead end, with the tank being seriously damaged by a bazooka.

The whole action in the movie is centered on the insides of the tank with a few crosshair shots to the outside world. What you get to see, as a spectator, is the raw and perishing atmosphere of a war zone. You can smell the anxiety of each soldier and you suffer a lot throughout the whole movie, feeling more and more miserable with each bullet being shot and with every single blood drained body lying on the floor. One can almost feel the claustrophobia prevailing inside the tank, that is in a deplorable state after the bazooka strike and you don’t know if you should sympathize or pity the crew in it’s desperation with Assi getting insane by the end of the movie as the whole situation becomes more hopeless with each passing minute.

I was absolutely speechless after having watched “Lebanon” as it is a gut-wrenching and merciless experience. It reflects the cruelty and reality of war perfectly and gives the spectator the right insight into something he may have not experienced or imagined yet. For most of us we simply do not know what war is.

Sometimes we do care too little about what is happening around us, in some exotic countries we can barely spell. Perhaps we’re just trying to avoid some inconvenient truths as well? Let this movie open your eyes a little.
[youtube https://www.youtube.com/watch?v=cTvYM-hyFSk]