Help little Isaac find a way to hide from his fundamentalist christian mom who wants to kill her son in order to proof her devotion to God. This indie RPGesque game leads you through a handful of levels in Isaac’s basement with a lot of ugly-faced enemies to kill, but beware! Despite the childlike graphics the game itself is pretty disgusting considering the cruel and scary hurdles little Isaac must overcome to survive and, YUCK, the bosses at each level end get scarier and more repulsive.

If the graphics look familiar to you, don’t be surprised. “The Binding of Isaac” is a side project of Team Meat’s (Super Meat Boy) Edmund McMillen who developped the game along with Florian Himsl. The soundtrack was composed by Danny Baranowski, who also contributed the O.S.T. in Super Meat Boy. 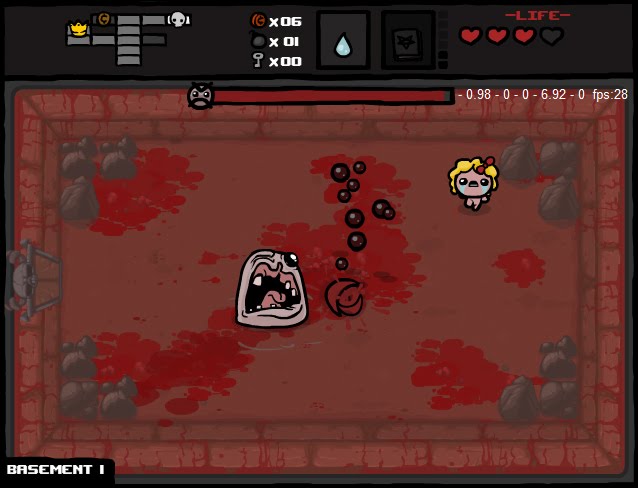 If you’re into heartless and gruesome game action mixed with simple gameplay and adorable graphics (oh the irony) this game is most definitely worth a try.

Available for 5,98 € on Steam and considering that indie developers do not solely live of love and tons of coffee, I summon all of you to support indie games as much as possible.