The site was only sparsely filled with people over the whole day, which wasn’t really surprising, considering the fact that the campsite had been open for the fourth day by then. The line-up was a bit “thin” for my taste, but we managed to pick some highlights for you. 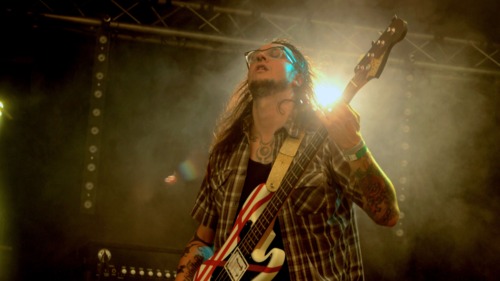 In order to get a little bit more awake, there were at least three handfuls of people gathering in the tent to watch the habitual fresh performance by the Jacob Conspiracy. It was kind of a pity in my eyes that they couldn’t celebrate their cheerful rock’n’roll outside at one of the open-air stages. As I already wrote a few months ago: “Desire” is just that kind of a summer song that should be performed outside in the bloody sun! Anyway! The general fatigue at least was confidently blown away by the Jacob Conspiracy after “Wake Up” at the latest. Rating? Rock’n’roll! 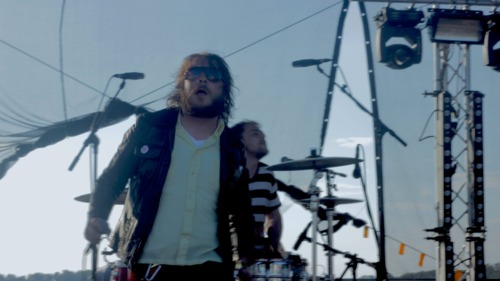 So what’s the best way to keep oneself in line? Right, go watch the Belgian version of AC/DC! Romano Nervoso’s (who I mixed up with Inspector Cluzo for two weeks) riff rock and funk just sounds like coming right from the 70s, but it is way harder than compared to the hard rock legends just mentioned. Not to forget the vocalist, who sounds at least just as aggressive as Turbowolf’s frontman. Needless to say that there was no lack of a kick ass drummer. Unfortunately the Frenchmen also suffered from the 3rd-day-fate, so that only a few people found the way to this awesome show. “So what” thought the vocalist, and jumped in front of the stage to perform. “Nice view from here, isn’t it?” Uncompromising power, (finally something louder after a long acoustic set on the stages between Jacob Conspiracy and Inspector Cluzo) and a sound that was even a bit harder than during Porn Queen the day before, made the hard rockers’ hearts leap for joy! 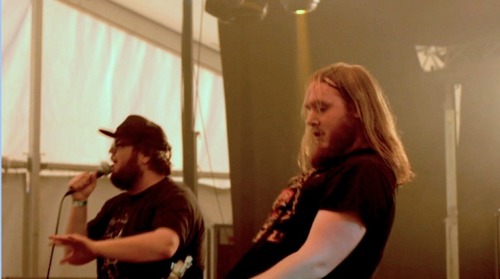 Back to the tent. Fights and Fires. Holy damn, what a performance! Despite the bassist’s bad sitcom taste (yeah, wearing a “Friends” shirt during a hardcore concert, you gotta love these guys!) his playing was just cruelly brilliant! Forcing the speakers to their knees already during the first song, those crazy Englishmen just showed how to stimulate the crowd from the beginning to the end. You really could see the joy in their eyes, so why not letting the spectators playing the guitar or singing the refrain during one of the many crowd-jumps? Melodic and classic hardcore mixed with post-core elements; once again a good wake-up-blend urgently needed that day! And in case there are far too little people, let’s just play the end of the concert in the middle of the present crowd. Just brilliant!

At the end of the day (or at least of our day) there was a very interesting and entertaining concert by the Flying Orkestar. Modern orchestral music combined with hiphop and funk gave a good time to all the dancers. And for those who weren’t too tired yet, there still was DJ Dee, who rocked the main stage in accustomed manner.

We want to thank the organisers and the bands for giving us a great time. Hope to see you next year!