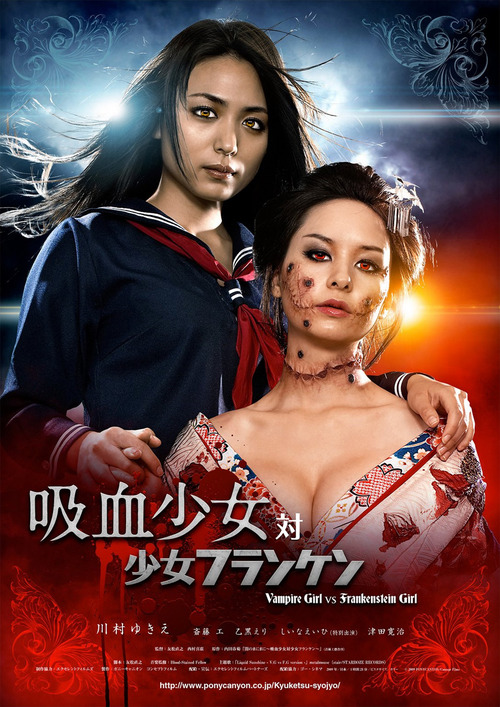 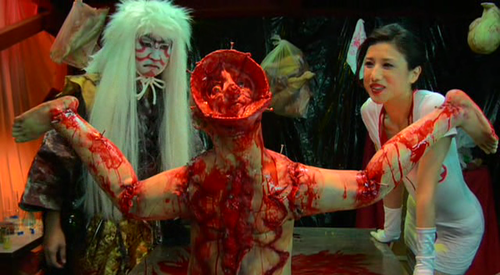 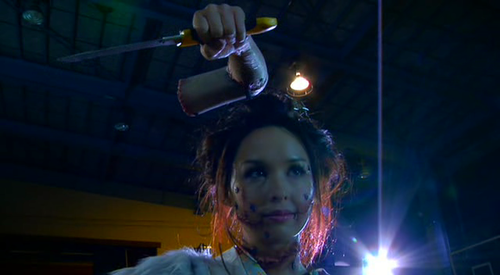 In the beginning there are already two hints at which direction the movie will take. First of all, there is co-director Nishimura, a gore and blood aficionado with an inclination to the surreal, bizarre and perverse. Secondly there is the title of the movie to savour: Vampire Girl vs. Frankenstein Girl. Try to imagine a scenery or just one image of the movie, and let me tell you that you have no idea!

In short, the plot is quite simple. It is all about the vice-principal/science professor of a “common” High School who with the help of some vampire blood, discovers that he is able to make nails come alive (YES nails!!). 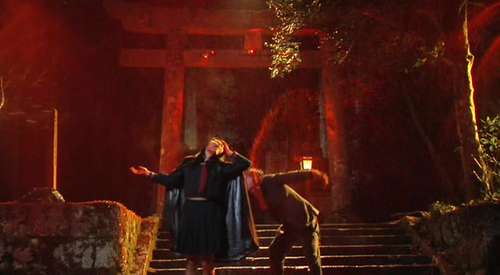 As his daughter fell to her death from the roof of the high school during an argument between a vampire girl and the former’s chosen one, the vice-principal decided to create a Frankenstein daughter by killing other students in order to get the strongest and best human body parts and guts. I won’t go any deeper into the plot but I can assure you that this movie is the most mental tragic love triangle and jealousy story I have ever seen.

It is not the story in itself which makes this movie what it is. What I really liked was the fact that the detached imagery and scenes with the movie evolving always go one better until the final blowoff. The movie is filled with tons of blood, guts and is a celebration of insane black comedy best shown when the directors make fun of inter alia “Japanese” alternative fashion trends like Ganguro and wrist cutting with the 13th nationwide high school student wrist cut rally (!!). 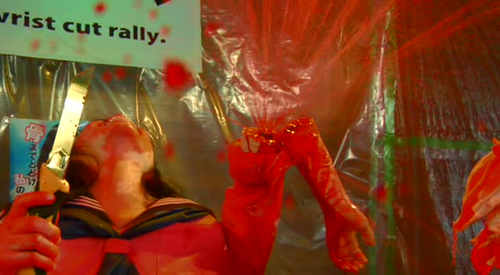 Vampire Girl vs. Frankenstein Girl is a typical absurd postmodern Japanese Punk movie including tons of weird, messy and obscure manga-esque fantasy creatures and unreal Troma-like violence. This time Yoshihiro Nishimura seemed to be in a better mood because unless in Tokyo Gore Police, the atmosphere is less dark with more fun moments and a massive amount of blood spilling human beings and hydraulic monsters.

This movie has absolutely no depth and doesn’t strike me as an interesting flick but one thing is sure it is god damn entertaining and jaw-droppingly amusing. Check it out if you are bored with nowadays pseudo-intellectual movies.