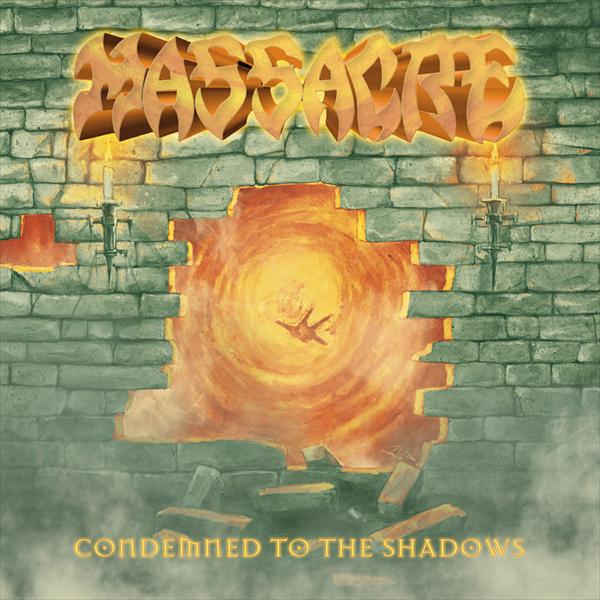 The single includes two brand new songs written and performed by the new line-up. There really is no use in describing both songs, just check out the video if you want to listen to both songs, it will only take you 8 minutes. If you need a little more insight then read on.

I find it a bit difficult reviewing this single as I am a diehard Massacre fan and have been dreaming of a reunion for the better part of the last 15 years. Massacre finally agreed to grant me this wish, unfortunately, without Kam “the tyrant” Lee.

Musically, the band omits the atrocious sophomore album and focused on their classic From Beyond album. Rick Rozz manages to recapture that old school death metal feeling after having been decades away from Heavy Metal. The new vocalist Edwin Webb shows a nice set of lungs when growling his way through both tracks, shrieking here and there, but never captures the charismatic delivery of Kam Lee. But to be fair, neither does Kam nowadays. Still, I can not help but feel that if Rick and Kam had worked together on new music the result would have been better.

The lyrics are similar to those on From Beyond, Lovecraftian tales of horror, but again, I always felt like Kam Lee was the one who was responsible for the Lovecraft influence (a fact shown in his albums released in the last decade). So while I welcome the typical lyrics, I sometimes cringe and feel like it was forced upon them as it has become a trademark.

Riffwise Rick sounds like on From Beyond, the riffs, the groove, the tremolo-wanking, it is all here, yet it never touches the classic material. Now, do not get me wrong, the music is quite enjoyable, but it obviously does not compare to their classic songs. Before the review takes on a too negative note I would like to say that the two songs are quite enjoyable and fans of the band should not miss out on this release. I read that the band is working on an album for a 2013 release and am looking forward to it. The two songs show that the band embrace their old sound and are able to write similar material. All they got to do now is focus on writing memorable breaks and riffs, they sure have the structure and sound down.

Recommended to fans of the genre. Available here.
[youtube https://www.youtube.com/watch?v=-svcA59hogA]