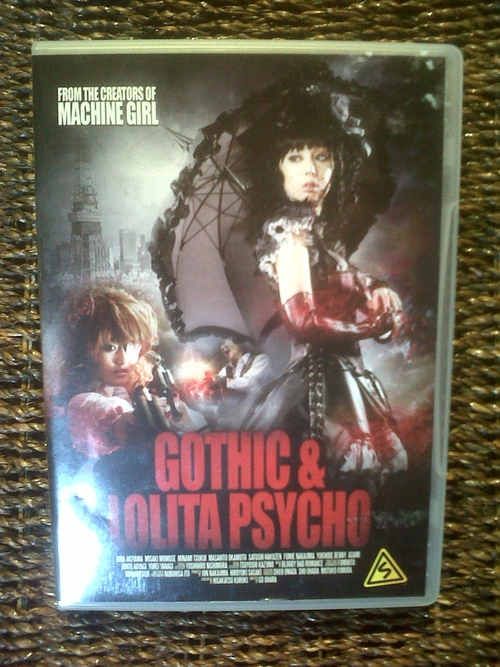 I most definitely developed a psychological unnatural affection for what I define as “Postmodern Japanese Cyber-Punk” movies in the last few years. I still do not know if I am ever able to review every single genre flick or if I simply get bored with these arterial blood sprayings, mutants, zombies, vampires and Japanese girls in school uniforms. At least one thing is sure, you certainly do not watch these movies because of the brilliant storyline and the incredibly talented actors. You watch them because of Rina Akiyama aka “Best Butt in Japan” for example and you watch them because of the fun factor. 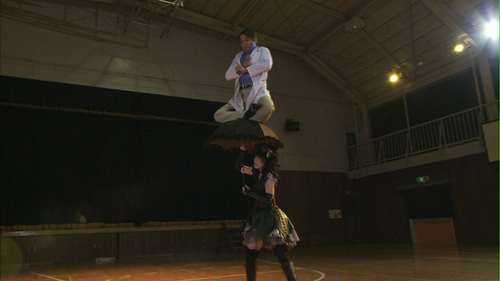 After I reviewed Attack Girls’ Swimteam Vs. The Undead, Vampire Girl vs. Frankenstein Girl and Tokyo Gore Police, I decided that you could bear another Tokyo weirdo movie. This time I decided to check out Gô Ohara’s Gosurori shokeinin aka Gothic and Lolita Psycho. When it comes to Japanese gore flicks stories simply do not matter and they only diversify on a very small level and the best is that nobody cares about it. But there are nevertheless some aspects in Gothic and Lolita Psycho which I found very interesting and in the end were the catalyst why I wanted to write about the movie. 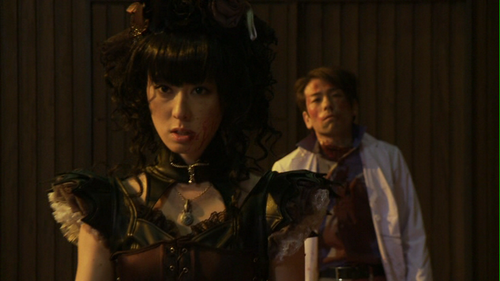 Compared to the last Japanese gore film I reviewed (Vampire Girl vs. Frankenstein Girl), Gothic and Lolita Psycho plays in darker surroundings or at least tries to build up a gloomier atmosphere without abdicating the excessive ballyhoo. Beside this fact there is something special which makes this flick quite unique for me. If you are interested in console fighting games, especially Street Fighter II on the great Super Nintendo and Tekken 3 on the Play Station, you will love the homages the director pays to these games. 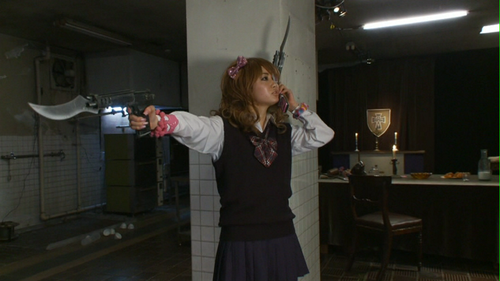 You have to check out the Japanese Uri Geller aka Uri Gelleo which makes exactly the same sounds as Yoshimitsu from Tekken 3 and just like the latter one, he uses the tailor seat as a special attack. The Dhalsim imitation in the final fight is by far more obvious but not less funny. I did not see that coming. The last and probably the most subtle obeisance to fighting games also can be seen in the final fight when Yuki, the main character turns into a monster. They not only copied the sounds the monster makes from Tekken 3’s Orgre, no they also adapted its winning pose which I actually think is really cool. I am not sure if there are more game homages but as Street Fighter and Tekken are my all-time favorite ones you probably can imagine that I quite liked this flick. If you are into weird stuff, check it out and make up your own mind. 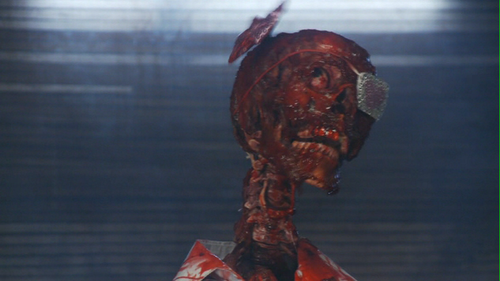