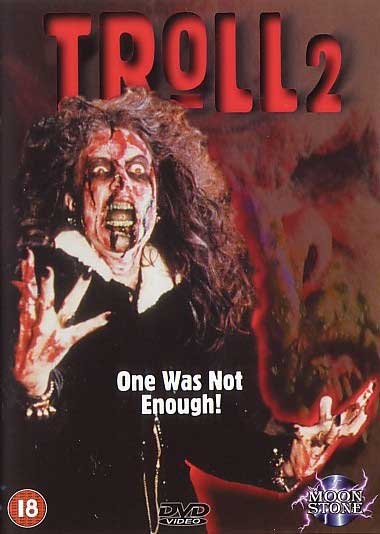 Troll 2 was released in 1990 by the Italian director Claudio Fragasso and is often described as the worst movie ever, which of course is absolutely bullshit. It seems that a lot of reviewers and so-called journalists have never seen Piratenmassaker, which without any doubt is the worst flick ever made. Piratenmassaker is like Bono from U2 playing Nickelback songs in a duet with Scott Stapp. Troll 2 is completely different and one of my favourite cult comedy movies.

However, in order to understand Troll 2 and its epicness you have to consider some simple “facts”, which I define as The 7 Holy Commandments Always Having In Mind While Watching Troll 2.

All in all Troll 2 is a ridiculous and completely absurd campy movie with a lot of charm. Beside the 7 holy commandments I just explained, the movie also taught me really useful and important lessons which, from now on, I will always consider in real life. So here is the second segment of the movie review called Things I Have Learned From Troll 2.

I rated Troll 2 with a ten out of ten. Ok, it certainly has not turned out how it was supposed to but the flick is hilarious and never gets boring and in the end, that’s the most important thing.

Also check out the documentary about Troll 2: Best Worst Movie.