We recently conducted an interview with Reverend Prick of the band Sektemtum. It was done in French but I tried my best to capture the same tone during the translation of the transcript. Enjoy!

El Gore: How did the band come together?
Reverend Prick: Our goal is to destroy what is left of mediocrity, the coalition happened naturally, we united the crème de la crème. Destroy …

EG: What was the first lineup and were there ever any lineup changes?
RP: There is no real line-up. Everything is possible, nothing is set in stone, SKTMTM is the coming together of those that have a common vision. The New World establishes solid foundations. Inconvertible by nature, we would betray ourselves from weariness. In a cat-and-mouse game no one wins, everybody dies.

EG: Was this a one-off thing or are there plans for more music to be recorded?
RP: We are currently working on new stuff for Sektemtum and Doctor Livingstone. 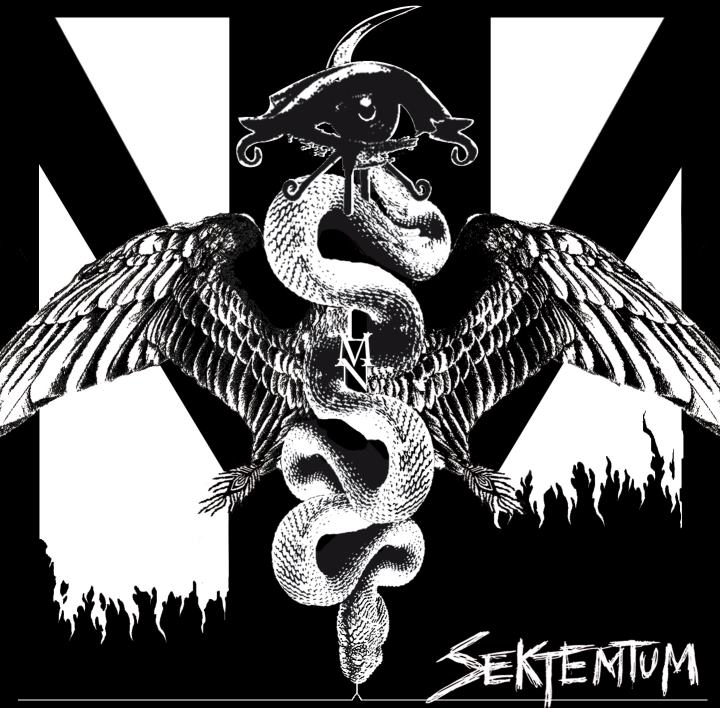 EG: Are there plans to play live?
RP: If the circumstances are right it is imaginable. Our criteria are quite precise, it’s highly unlikely that we’ll find a quality booking agency who would make us want to hit the road, but you never know… And then again, if we tour we would have to mingle with other bands, meet a crowd; all that seems rather boring to me.

EG: What are the main influences of the band?
RP: There are thousands of bands that play this musical genre, the influences come from rock and metal in general. We decided to record a metal album, a style that has been in existence for several decades; just to tell you that our influences are very diverse, yet imprecise.

EG: The band is a bit shrouded in mystery, no band pictures and no information on who played what on the album. Could you clear up which member played what instrument on the album? As I understand, two drummers are in the band.
RP: We are four, we worked together as four, Meyhnac’h, Six, PLCD and myself have worked as a union and if some play drums it doesn’t prevent them from playing other stuff. Six is a talented drummer but also a very good bassist, guitarist. PLCD also plays guitar and bass, he’s a responsive and efficient songwriter, he also sings on the record, as do all the members. This collaboration disregarded the heavy burden that an instrument imposes.

EG: The members of Sektemtum have been active in a lot of different bands. Could you clarify who is still active in what other band and if Sektemtum is considered the main band?
RP: Sektemtum is the only band to have potential in the future, because it’s the best amongst all of them.

EG: Who is responsible for the concept of the band?
RP: All four of us are part of the origins of the band. Guilty but not responsible.

EG: Whose idea was the video?
RP: All four of us are part of the origins of the video. Guilty …
[youtube https://www.youtube.com/watch?v=karDU2TpDT0]
-Interview by Dave, translation by Yannick-