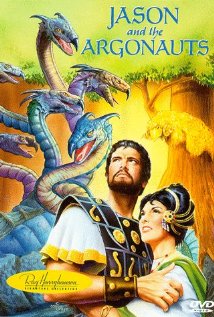 When I was still a child, me and my family quite often visited my mother’s aunt and uncle. Even though the latter one had a hard shell, he always had a soft heart towards my brothers and me and I always felt a certain warmth when I entered their house. My mother’s aunt who was some kind of a grandmother to us and still is, is one of the nicest and most supportive women I have ever known. But it was my mother’s uncle who peaked my interest in movies.

I remember him as a grumpy man sitting on his sofa, smoking cigarettes, watching old spaghetti western and pirate movies, telling the grown-ups to shut up, so that he can watch his movies quietly.

One evening, we were invited over the house again and I immediately entered the living room to check out which movie was running. “Something with pirates” the old man said and I hoped very sincerely that it wasn’t Cutthroat Island because I had already seen this one a hundred times before. Well, it turned out that it wasn’t a pirate movie. It was something I never had seen before and it captivated me for the next 104 minutes and in some kind influenced my way affection for monster movies and the love for hand-made special effects. The movie I was watching was the incredible Jason and the Argonauts.

I never was into the Greek mythology, its themes, or interpretations, but Jason’s adventure always got me and still does. So, let’s start with a short summary.

Jason decides to go on a quest for the “Gift of the Gods”, more precisely a golden fleece in order to claim his family’s throne. On the one hand he denies Zeus’ offer to help him with a ship and a crew but on the other hand he accepts Hera’s help (screw you Zeus!). After building his own ship and assembling his own crew with amongst others Hercules and Acastus (sent by his father Pelias in order to sabotage Jason’s attempt), they start the journey. Hera guides Jason to the Isle of Bronze where they can find some supplies but shouldn’t take anything else with them. It is Hercules who fucks everything up and makes Talos, the keeper of a treasure chamber, really angry. Talos comes to life and attacks the crew. This is the first time when Ray Harryhausen’s absolute brilliancy is shown. 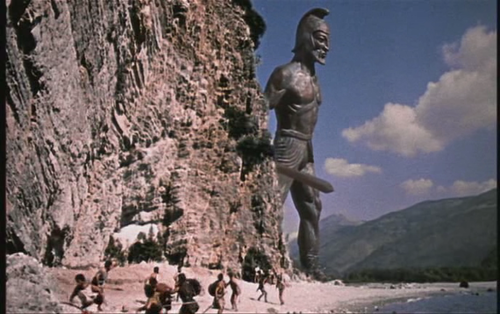 After having killed Talos but lost Hercules and Hylas, Hera guides the rest of the crew to the blind Phineas who, punished by Zeus, has to constantly fight two Harpies tormenting him. Jason and the Argonauts help Phineas to catch the Harpies who in return give Jason further details and an amulet. To reach the land of Colchis (where the fleece is supposed to be found) the ship has to sail through the clashing rocks which “kill” everyone who dares to pass them. The ship of course gets trapped in the wild sea and Jason seems to be that fucked-up that he claims the end of the gods and throws the amulet into the water. All of a sudden Triton, the messenger of the big sea appears and holds the rocks back long enough for Jason to pass them. 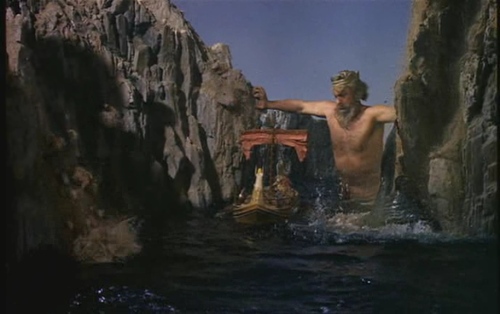 After Jason and the Argonauts passed the rocks they find three survivors of another ship, with Medea among them. When they altogether arrive at Colchis they immediately get captured by the King Aeëtes who doesn’t want Jason to find the Fleece. Shortly after, Medea already fallen in love with the latter one, helps him and his men to escape the dungeon and Jason has to fight the seven-headed Hydra which is the keeper of the fleece. 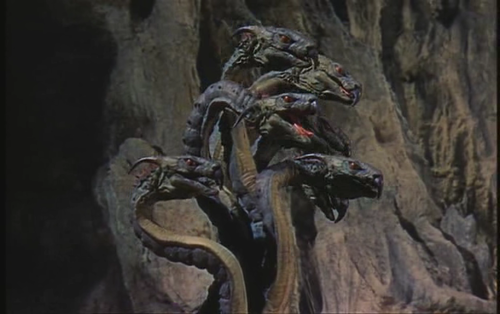 Still pursuing Jason and his men, King Aeëtes creates an army of skeletons out of the Hydras teeth which attack the men. Unfortunately not all of them survive this epic battle. Jason is able to escape to his ship where his companions and Medea start their return. In the end, Zeus is telling Hera that he let them rest for a while but will call upon Jason and his Argonauts again in the future. 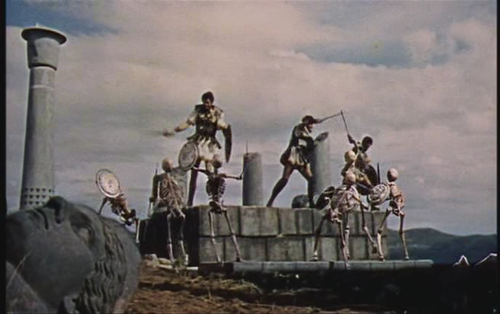 So far for the storyline, which in itself is epic enough and accompanied with a timeless score by Bernard Herrmann but to be honest it is Harryhausen’s work which makes this movie so special for me. Nearly twenty years after I saw that flick for the first time I am still stunned by his spectacular and amazing stop-motion work.  I nearly pissed my pants back in the days when I  saw Talos coming to life.  The monsters really got me but I hadn’t any idea of how much time and sweat Harryhausen put into this flick. The skeleton scene for example only lasts for a couple of  minutes but he worked several months on it. If you ever have done some clay animations you know what I mean. I highly respect Ray’s work and especially his full dedication to (this) film. This movie is more sincere than most of today’s CGI infected bullshit movies à la Transformers. Jason and the Argonauts is a monumental flick in the history of cinema!