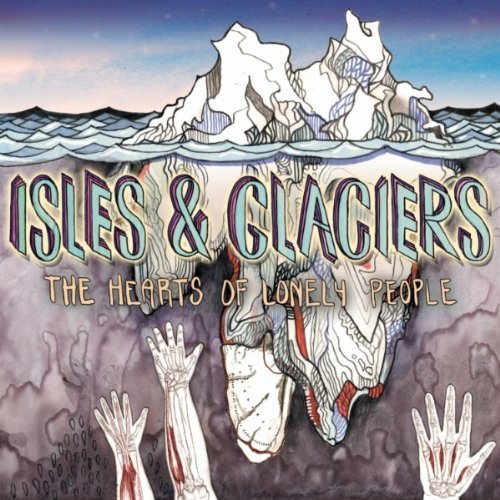 Before I start, let me just say upfront that this is probably going to be the shortest review I’ve written so far; not because I’m lazy but simply because there’s no point in over-analyzing this record. Nevertheless I want to express my thoughts on Isles And Glaciers and their 2010 album The Hearts Of Lonely People.

Even though the seven songs only amount to twenty-seven minutes in total, it’s one of my biggest “discoveries” this year since it’s a supergroup comprised, amongst others, of members from three bands I enjoy a lot: Emarosa, Chiodos and Pierce The Veil. There are also other musicians but to be quite honest…they’re not the centerpiece of this collaboration so I won’t talk about them.

Instrumentally there’s not much to say either, it’s very enjoyable but no real highlight. However, there’s no need for any highlights on the instruments because what this record, at least to me, is all about are the vocals. Jonny Craig of Emarosa, Craig Owens of Chiodos and Vic Fuentes of Pierce The Veil take you on a, for lack of a better word, beautiful journey with their amazing voices. Lyrically it’s very cheesy but not to a point where it’s annoying…I definitely love them.

To sum it up I can only say that if you’re into any of the bands I mentioned…you need to check this out, no questions asked. If you’re not, but you’re not averse to higher pitched vocals, I strongly recommend that you give this a shot. Sadly, the band is on an indefinite hiatus and there are no real plans of releasing any new material in the near future. But that’s OK, since they’ve left a mark in my memory with this debut. Check out the song below if you’re curious.