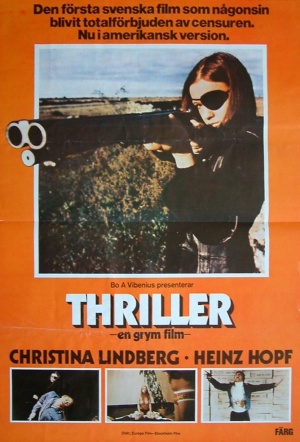 With Thriller-en grym film I want to introduce you to the exploitation sub-genre of rape and revenge movies. I have seen a few until now and I got the strong feeling that, after the perverse exploitation of the zombie movie genre, a few people feel the need to do the same with rape and revenge flicks with the remakes of I Spit on Your Grave (2010) and The Last House on the Left (2009) just being two examples.

Thriller-en grym film aka A Cruel Picture or They Call Her One Eye was first shown 1973 in Cannes and probably is best known for being an inspiration for Quentin Tarantino’s character Elle Driver in Kill Bill: „I love Christina Lindberg. And that’s definitely who Daryl Hannah’s character is based on. In the next movie, she’s wearing mostly black. Just like They Call Her One Eye, she’s got some color co-coordinated eye patches. And that is, of all the revenge movies I’ve ever seen, that is definitely the roughest. The roughest revenge movie ever made! There’s never been anything as tough as that movie.“(Tarantino, Q. http://japattack.com/japattack/film/tarantino.html). 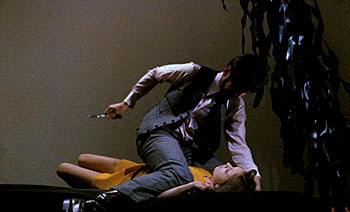 Just before this alternation begins to get a bit too monotonous Vibenius switches to the second third of the movie. Changing to a new chapter, with Frigga/Madeleine taking the decision to go on a killing spree which is a good idea in itself but here, ironically the movie starts drifting into mediocrity.

The second part mainly consists in Madeleine/Frigga preparing herself for the revenge. With her saved-up money she takes driving, shooting, martial arts classes and steals some weapons. Personally the movie now loses its shocking unpredictability and becomes a strict follower of the standardized genre movie structure without being innovative at all.

But it even gets worse with the revenge part. Madeleine/Frigga’s killing spree or rather the fighting scenes are boring, with the use of super slow-motion certainly having a strong negative influence on this segment. The fact that she also tries to involve innocent people into car accidents not only make her unsympathetic but also seems to be quite illogical. 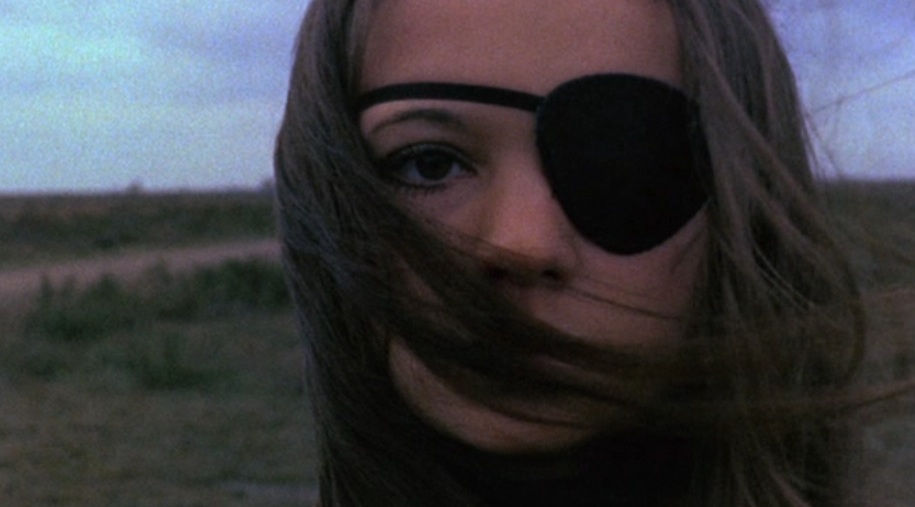 To conclude, Thriller isn’t a movie which wants to please. Although the plot seems to be quite trivial and often illogical in a cinematic manner it for sure hasn’t forfeited anything of its effectiveness in the real world, dominated by power, sex and violence. Thriller is strange, brutal, quiet and distressing. The controversy is understandable and Thriller for sure is nothing for “normal” moviegoers. If you want to start getting into the rape and revenge genre I can nevertheless only recommend as it is the figurehead of a whole genre and has paved the way for movies such as Kill Bill, Irréversible, Oldboy and lots of other great flicks.