Musicwise I bought a lot, but most were either re-releases or stuff I had missed out on. 2012 to me meant buying singles and EPs from new bands. Not many LPs blew me away.

Here the 5 LPs that really stood out for me (I only picked stuff I did not review).

N.B.: I recently bought a couple LPs that were released in the last 45 days. If you ask me in January, some of them might end up in my top 5.

In no particular order:

#5 Hellwell – Beyond the Boundaries of Sin Very interesting band with the release of the year when it comes to packaging. This Lovecraftian concept album was released as a limited edition with a 60 page story book. Hellwell is of course the sideproject of Mark “The Shark” Shelton of the godly Manilla Road epic Metal legends.

It says a lot about a band when their legendary (demo) releases are good but do not really blow you away. After 30 years they finally release their first LP, exactly 10 years after Randy (main songwriter and heart of the band) passed away and… it is the greatest thing you have heard from the band! Heck, this was probably the best Doom LP in a long time. Probably the number 1 spot in my top 5 if I had to pick one.

Just another Sigh release really. These guys never disappoint. From primitive Black Metal to some of the weirdest progressive jazz-infused 70’s Hardrock out there, they evolved like no other band, yet the philosophy of the band was always Black Metal, thus never alienating open-minded fans. This newest release is similar to the last one but, to me, the songs are catchier. You know you are listening to something special when the music is complicated as hell, yet you remember every song afterwards. 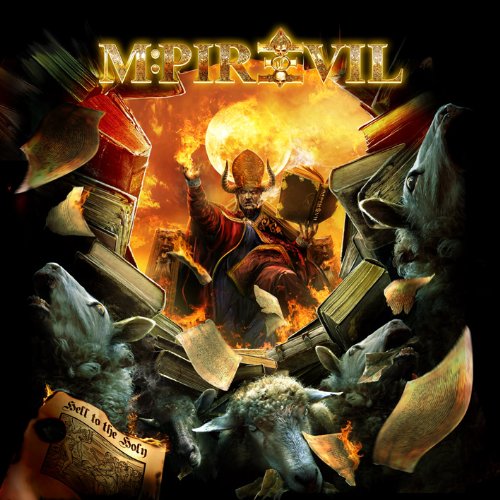 After the last disappointing Venom LPs, I pretty much had given up hope. I worship the heck out of the first 4 Venom LPs and really enjoyed the rest of their discography, eventhough it was different.

In comes Mantas who had been touring with Scooter and playing Industrial music since he left Venom after the awesome Resurrection LP. After a fun EP they released their first LP. This is the real Venom in my book and the band is already done with their 3rd release. More power to them!

I am talking about the comeback here. After Pepper left for good (to join the almighty $… Oops, I mean Down) the band was on ice for too long. The Animosity line-up reunited, released two singles and then the eponymous LP. I enjoyed the LP but was not blown away mainly because it didn’t have an organic flow between the songs as they mixed too many genres. Fastforward 6 months and they release the Megalodon EP as a free download. That EP is some of the best stoner/hardcore (may I go as far as inventing a new genre in stonercore?) I have heard in a long time. The band is back on track, recording and releasing without wasting too much time and it is just fun to be a fan of this legendary band. Can’t wait to see what C.O.C. will be up to in 2013!

Honorary mention: Nekromantheon released their 2nd LP. Probably the best Thrash Metal release of 2012, but nowhere near as good as the first LP, thus why I did not include it on my list.