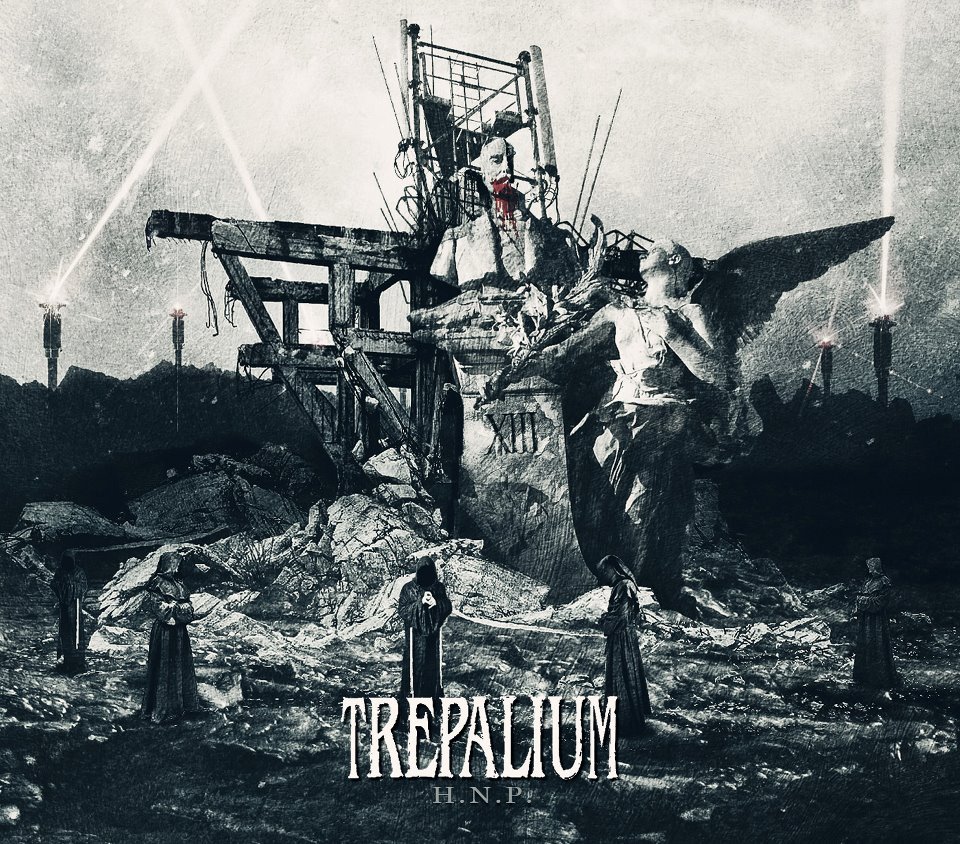 As teased yesterday, here’s the review of the second opening act that night: the French band Trepalium!

A lot of people have probably heard them before without even knowing it since back in 2006 their song Sick Boogie Murder raised a lot of eyebrows because of its interesting sound. In 2012 the quintet released a new record called H.N.P. which keeps elements of that sound but also adds several new ones.

After the intro is over you’ll notice that it’s still got its groove-laden guitars but they’ve tuned up the heaviness as well as the technicality factors quite a bit. One thing that struck me about them though is that there seems to be one riff that comes back in different variations all throughout the nine tracks, doesn’t bother me personally but some might find it repetitive.

When the drums aren’t insanely grooving they are are pretty much non-stop straight to your face with double bass attacks and occasional blast beats, just as I like them. The only thing that “bothers” me personally are the vocals. They are in no way bad; quite the contrary actually but I’m missing those little surprises, that were present in the above-mentioned song, that add variation to the whole thing. Nevertheless that doesn’t really influence the record itself in a negative way, so it’s probably just a personal gripe.

There is a little surprise as the tenth song on here too…a cover of Pantera‘s I’m Broken! It’s only fitting to end this record with this legendary song and I dare say that they do a very good job at it too!

In closing I’m going to go ahead and say that if you are looking for something in both the groove department as well as the heavier department, you are at the right address with Trepalium‘s H.N.P.! Check out their Facebook page and their music video below!