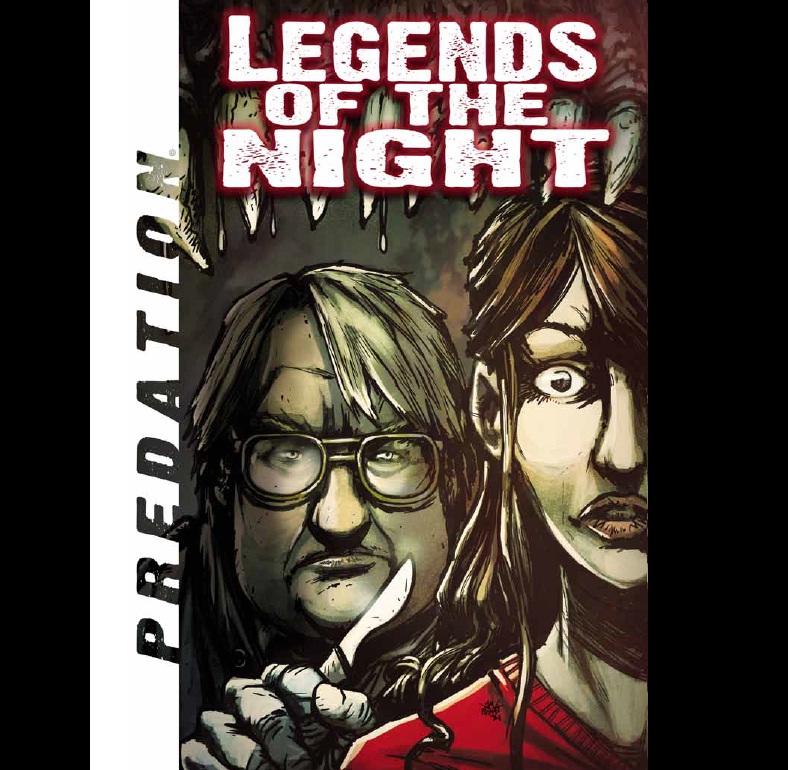 Today I’m going to review something I haven’t done for El Gore so far: a comic; more precisely Predation from the Legends Of The Night series. In case you have never heard of it, which is likely, let me introduce you to this horror comic by Karl White: it’s a completely independent series which has three issues so far and one compendium that explains the history of the world the stories are set in. They are all drawn by different artists and the one I chose to review features art by Jm Ringuet. I have to warn you: the review will be quite spoilery…so continue at your own discretion.

The plot is quite simple: a serial killer, Charles Mercer, is looking for a new victim and through an unlucky coincidence he ends up finding it in the form of a shy librarian. He stalks her, knocks her out and drags her to his basement where he ties her up on an autopsy table. Here he proceeds to slice her open with a scalpel in order to gut her like a pig. However, his plans are dramatically changed when the woman starts to twist and scream, only to transform into a werewolf. 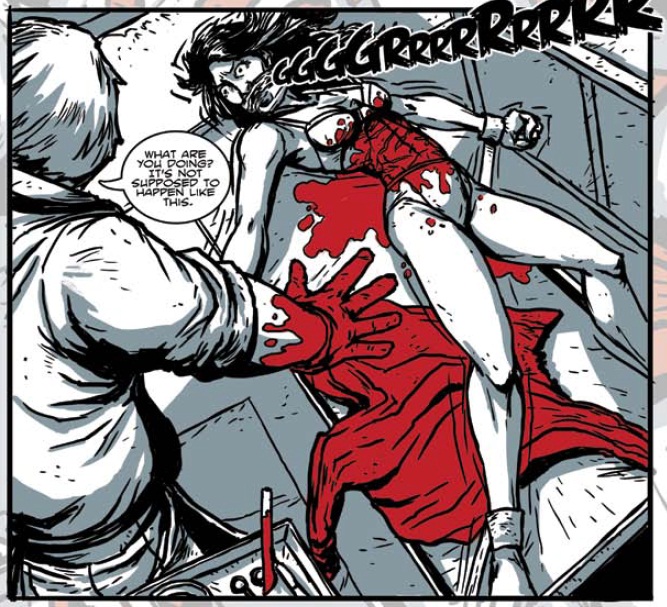 As the hunter becomes the prey he runs for his life and looks for refuge in the woods, to no avail. He flees further and ends up in the neighbor’s barn where he is discovered by the owner, Mr. Horn, who threatens him with a shotgun. A panel later he gets his head chewed off which must make him the most short-lived character in a comic book, but at least it’s a gory departure.

Charles continues his flight and bumps into a girl, who I believe is the farmer’s daughter, driving a car. Honoring every women-on-the-wheel cliché she crashes into a horse only moments later and is catapulted through the window, a friendly reminder to put on a seatbelt. This brings the headcount to two, three including our four-legged friend, in a matter of three pages. Our main protagonist then runs back towards his home and enters his basement again where he grabs an axe to face the she-wolf. The ending is as you might expect it to be: pure karma.

The artwork is fitting to the genre, with focus on the gore and blood. But I have to admit that I wasn’t blown away by it. Then again: comics like The Walking Dead aren’t all that much of an eye-candy either. As long as the drawings convey the story  in an understandable way it’s enough to satisfy me.

All in all, I’d advise people that are into horror comics to give this comic a try. Especially since it’s distributed in a digital form and is therefore easy to access. I included a link for the German Amazon…the US Amazon links can be found on their website here. Enjoy!