This interview is something really special for me. As a ’90s kid I grew up with some of the best cartoons ever. If you were born in the ’80s, I am sure you know what I am talking about. My interview partner is, without knowing, jointly responsible for what I have become as an adult and has a huge influence on my cartoon and movie addictions. I had a great childhood and love looking back to the lazy cartoon sundays or the 7 o’clock afternoon cartoons I was always watching with my brothers during the week. Gordon Bressack was one of the guys who wrote for The Smufs, The Real Ghostbusters, Teenage Mutant Ninja Turtles, Darkwing Duck, Animaniacs, Pinky and the Brain and a lot more and I am really happy to have him as an interview partner. So let’s start. 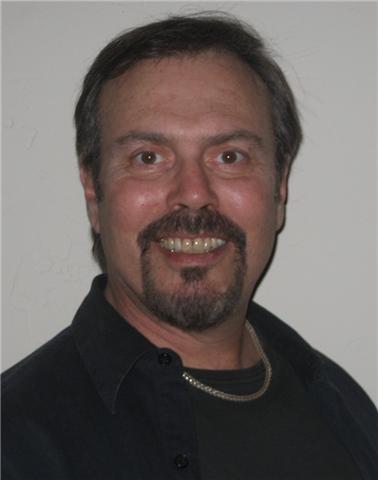 El Gore: For our readers who do not know you and your work, can you please introduce yourself?

Gordon Bressack: I am a writer, director, producer and international bon vivant. I’m most known for my animation writing for which I’ve received three Emmy Awards and a WGA Award

E.G.: Is there a cartoon for which you wish to have written something?

G.B.: I’m a big fan of Gravity Falls and would love to write for that show

E.G.: In your opinion, why has there been such a steep decline in terms of quality when it comes to cartoons? I mean, honestly, nothing can reach the awesomeness of the ’90s.

G.B.: Several reasons. First of all, the studios and networks don’t want to spend much money and if audiences will watch inferior shows they don’t see what’s to be gained by having better quality. Another reason is that the networks have preferred artist-driven shows in the past few years and the level of writing has gone down. Lastly, there is a lot of age-ism in the business. Executives with very little knowledge and experience themselves are threatened by older more experienced professionals.

EG: How can we imagine a working day of a cartoon writer? Do you first write the stuff and the animator (or back in the days the drawer) does the rest or do you work together all the time and keep each other updated?

GB: That depends on whether you are working freelance or on staff. Since most work is done on a freelance basis these days I’ll answer that question thusly: I goof off as much of the day as is possible and write a lot at the very last minute before deadline. As for working with the artists that depends on each show. Mostly a writer works alone and writes very specific scenes and dialog so that the storyboard artist has a lot to work with.

E.G.: From all your cartoon work we like Pinky and the Brain the most. What’s your favourite and why?

G.B.: Pinky & The Brain is my favorite too. The concept is brilliant, the relationship between the characters is wonderful and the creative freedom the writers had was unusual. It was also fucking funny. I also enjoyed working on a not-very-well-known show, Captain Simian & The Space Monkeys for the very same reasons.

E.G.: If I am well informed you also wrote and even directed some plays: what are the main differences between writing a play and writing an animated series?

G.B.: One of the main differences in writing a play is that you start with a conversation and then just keep going. Animation is a visual medium and although there might be a lot of verbal gags you have to think about what is being shown at all times.

E.G.: Did you have an affection for cartoons from the beginning or did you just slip into the business by „accident“?

G.B.: I got into writing animation when I moved to L.A. My then wife was a voice over actress. As she got cast in a cartoon I thought “hey, someone has to write those“ so I submitted some sample live-action scripts to Hanna Barbera and got hired. I was also always a big fan of cartoons, particularly Bugs Bunny and Rocky & Bullwinkle.

E.G.: What are your influences and, on a professional level, by what are you inspired? E.G.: We love oldschool monster movies and think that Pinky and the Brain: Tokyo Grows, That Smarts, Brainstem is a fantastic homage to the Godzilla movies. What are some of your favourite movies and genres?

G.B.: Old comedies like His Girl Friday or dramas like Casablanca. My favorite horror movies are Frankenstein, Dracula, The Mummy then movies like Rosmary’s Baby and The Exorcist and more recently, Old Boy and Saw. I am also a sci-fi geek and love Bladerunner, Star Wars, Alien and a weird little movie named Lo. I see most everything and have very eclectic taste.

E.G.: What do you like more, writing alone or having a co-writer? What are the main pros and cons?

G.B.: I enjoy both. Writing comedy is more fun with a partner because if two people are laughing it probably really is funny. I only write plays alone, however because there isn’t any money in it so who would want to?

E.G.: Every ’90s kid loves Animaniacs, Pinky and the Brain, TMNT, Ghostbusters etc… Did you ever feel some kind of responsibility for the kids while you were writing? In addition, were the main subjects of the series some kind of given or did you have free hand?

G.B.: Oddly enough, I never wrote to entertain kids but to entertain myself. The trick is to still enjoy what you enjoyed as a kid. As for whether or not I had a free hand – mostly not. The shows where I did are, coincidentally, the better ones.

E.G.: I just reviewed your son James’ movie Hate Crime, which is quite a disturbing and violent movie. What do you think about the movie, as a father and on a professional level?

G.B.: I am not related to James Cullen Bressack. His mother was raped by an escaped lunatic. I think he is a dangerous filmmaker and should eventually support me.

E.G.: What are you currently working on?

G.B.: An escape. Also just wrote a new play entitled Another Fucking Play in L.A. Also I’ve been hired to write movie parody scripts for an app for iPhone and iPad called Act With Me. Users will be able to download my scripts and, using the app, make their own movies with their devices. Pretty Cool.

E.G.: Thank you Gordon Bressack for your time and all the best for the future!