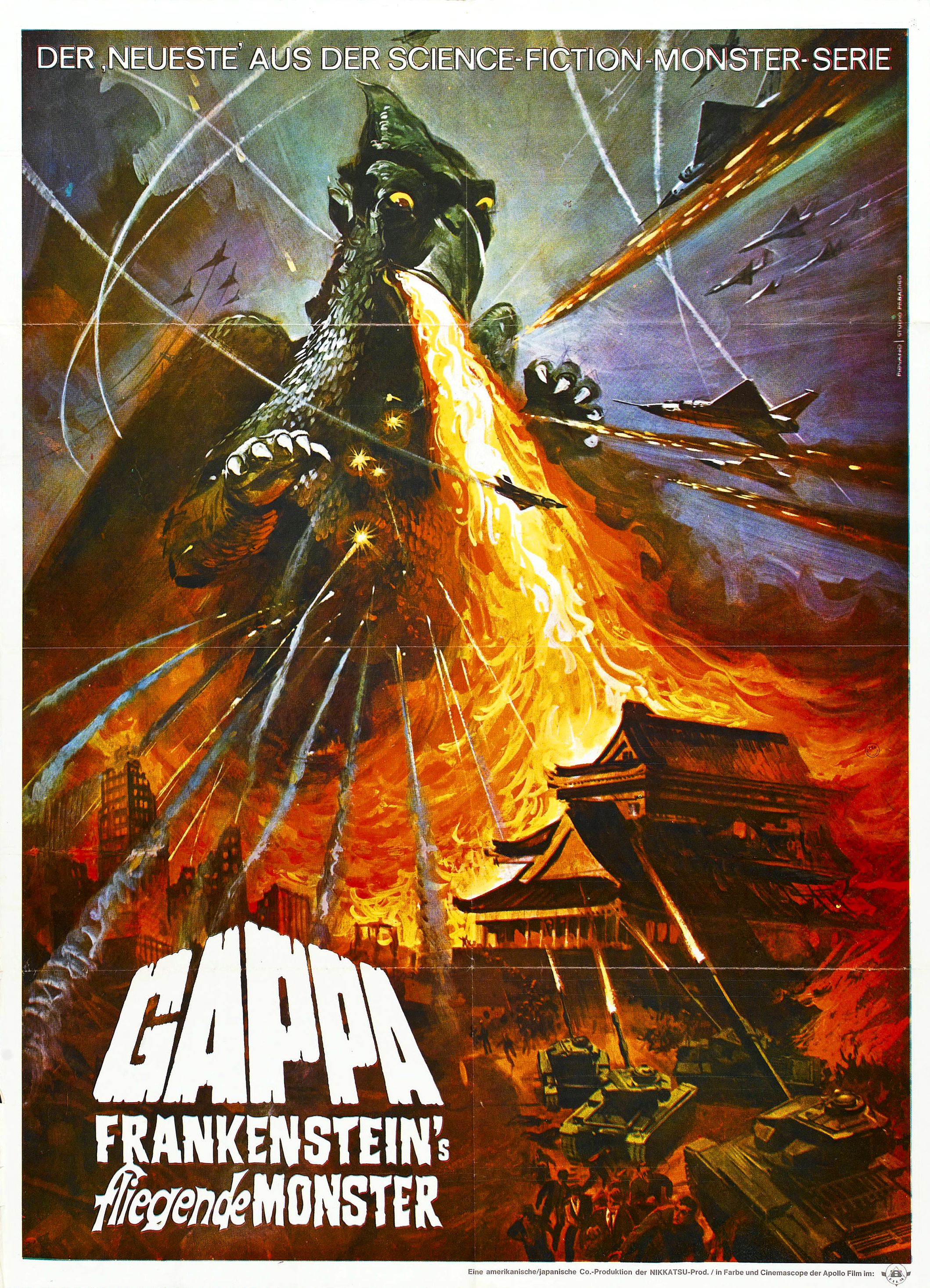 If you like kaiju films like Godzilla and Gamera, you have to watch Gappa as it follows the typical monster movie aesthetics which, in Europe, are often described as cheap and funny. I beg to differ, Gappa is full of amazing suit-motion, cheap firework special effects, detailed city/island miniatures and Playmobil props. Not to forget the likeable blue screen scenes and the glorious but loose story (I have the dim feeling that they simply put some shoe polish in the little kids face instead of casting a child with dark skin). Compared to other monster movies, the monster itself looks incredible silly but also sympathetic and that’s why people claim Gappa to be a parody of the kaiju genre. Personally, I think that director Haruyasu Noguchi simply wanted to make clear that the human beings are the real monsters and not the labelled ones.

To conclude, Gappa, the Triphibian Monster is a movie where everything is made out of plastic with the people trying to play god who then have to find some crazy solutions they wouldn’t need if they would have been a bit more down to earth. In the original version there is even some place for a love story between Itoko und Kurosawa. If you, for some reason, should watch the German version, don’t forget to stop the movie before the ending scene at the airport and check out the Japanese version which you can find in the bonus section. All in all this is a really nice Sunday flick you have to like.