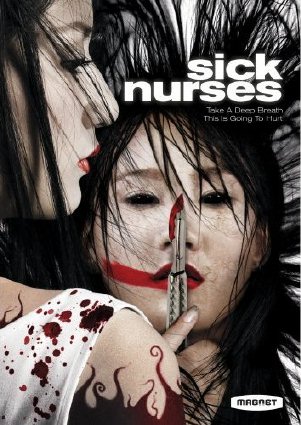 Eric “recommended” Suay Laak Sai (Sick Nurses) to me because of a gory GIF he discovered on tumblr (R.I.P.). As I can count all Thai (horror) movies I have ever seen on one hand, I had absolutely no idea what to expect. So, before getting too excited, I just didn’t expect anything which was a good idea because Sick Nurses is really bad and I don’t understand why it still gets that many positive reviews from other bloggers!

The Film was written/directed by Piraphan Laoyont and Thodsapol Siriwiwat and produced by Prachya Pinkaew, director and producer of Ong-Bak. As so often with Asian horror (trash) movies, the fundamental idea is quite interesting but the visual implementation is antic.

The film takes place in a suburban Thai hospital, where Dr. Tar and his seven nurses sell dead bodies on the black market. As one of the nurses finds out that her sister is having an affair with her boyfriend (Dr. Tar), she threatens to call the police to blow their cover. The doctor and the 6 nurses decide to kill her and to keep the body cooled to make sure that it can be sold in the near future. And now, guess who is coming back to haunt the hospital crew in order to take vengeance?

Sick Nurses is a postmortal revenge movie which tries to sell/promote itself by suggesting some sex and showing one or two ok-ish gore scenes. I don’t recall how many times I’ve already said it but if you are not able to make a good film, you at least should hire some girls who will do nude scenes. This is in no way meant to be sexist but putting annoying Thai girls in sexy nurse costumes, showing some ass close-up views and kissing stuff but at the same time letting your actress shower in her clothes is a bit awkward, unimaginative and uncreative. 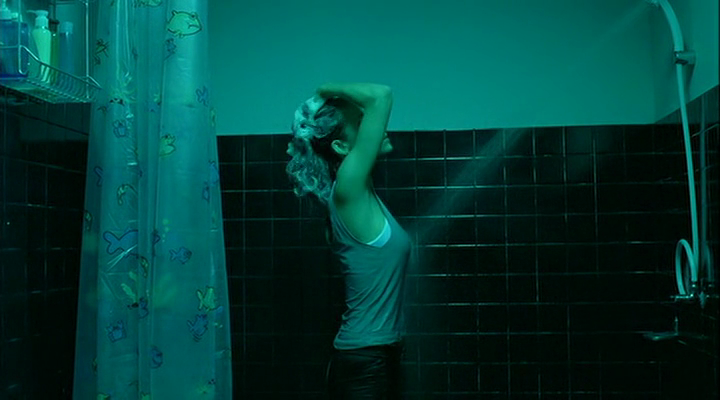 Uncreative is possibly the best adjective to describe the whole film and I had the feeling that the directors didn’t even try to implement their own ideas. In addition, the story doesn’t feel coherent at all. I would say that I recognize the directors’ intention to combine a postmortal ghost story à la Ringu and Ju-on with weird postmodern punk movie elements like in Tokyo Gore Police & co. Unfortunately, the result is a failed attempt since you have the feeling of watching two separate storylines that never really intersect. Not to forget the movie mistakes, the really bad acting and other obvious movie no-gos. Sick Nurses was done without passion, don’t waste your time.