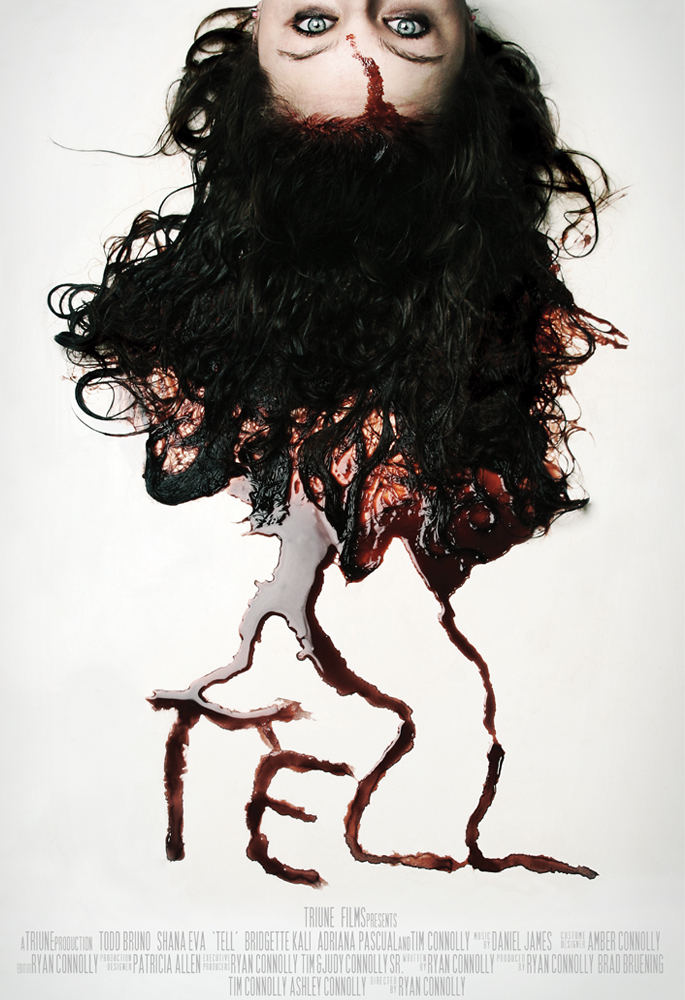 Last week was pretty intense and quite stressful for me and I didn’t find the time to watch and analyse a whole movie. I even promised a friend to re-watch Von Trier‘s Antichrist, to review it and to note down some of my thoughts  but yeah, I simply couldn’t balance it. Nonetheless, I don’t want to disappoint you by not posting anything, so I decided to recommend you a movie instead of reviewing it.

Tell (2012) is low-budget, 32 minute psychological horror film by writer, director and editor Ryan Connolly who is probably best known for the internet shows Film Riot and Film State. Tell is loosely basesd on Poe’s short story The Tell-Tale Heart and was made available via YouTube.

“Connolly’s do-it-yourself pragmatism is evident with almost every aspect the film: a single, readily available location, a small cast, no showy special effects.  It’s the amateur filmmakers handbook played to perfection, relying on classic methods of suspense to grip the audience–the kind of flick where you cover your eyes with your hands, but still peek through the gaps of your fingers. Connolly specifically chose to shoot the film on an HDV camera with a letus 35mm adapter as opposed to a big sensor DSLR in order to capture the grain of old-school horror movies. It works. The mood of the film is precise; the cinematography and color grading are both technical high points. Contributing to the overall mood is the film’s score, a fantastically eerie soundtrack from UK based composer, Daniel James. Upon completion of the project, it took Connolly 6 months to locate and finalize his post audio team. The wait was worth it.“ Ivan Kander via shortoftheweek

I absolutely agree with Ivan and even though Tell  is not perfect, I refer to the cast which (besides the main character) is quite weak, the foreseeability and the few lengths,  its cinematography and the score are simply amazing! Give it a try!