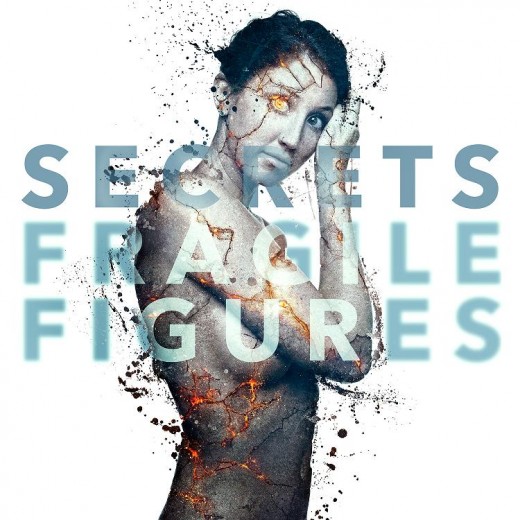 While 2013 has been an amazing musical year for me thus far, the post-hardcore front has been severely unsaturated. This is all about to change in the coming weeks though, with the first contestant being SECRETS with their second album Fragile Figures. And oh boy, what a monster it is!

If there is one thing that I can say without a doubt, it’s that this year every band has one-upped their previous album in almost every way; this is no different for the quintet from San Diego! Their debut The Ascent was already a solid output, apart from the abysmal production, but this one puts it to shame in every single aspect. First off: this time around the production is perfect. Every single instrument (bass!) can be clearly distinguished and is fine-tuned to seamlessly fit into the ensemble. The arrangements have also become by far more intricate and complex, resulting in a way more enjoyable listening experience.

Then there’s the clean vocals. Where do I start? They are the ideal match for this kind of music and, in my opinion, can easily compete with the bigger names in the genre…or actually outshine them. Especially, because they have hardly been altered in the studio and therefor sound very natural throughout the eleven songs. Of course, as the “rules” dictate, there are also unclean vocals which are provided by a new vocalist who, to me, does a better job than his precursor. Lyrically, they tackle the “usual” topics but especially the choruses have high sing-along value and I really dig them.

During the thirty-seven minutes there isn’t really a filler song, off the top of my head I’d say that one song is a bit weak compared to the rest…but all in all you get enough for your money’s worth! If you want to know more about the band, you can go check out their Facebook page and listen to their single below!