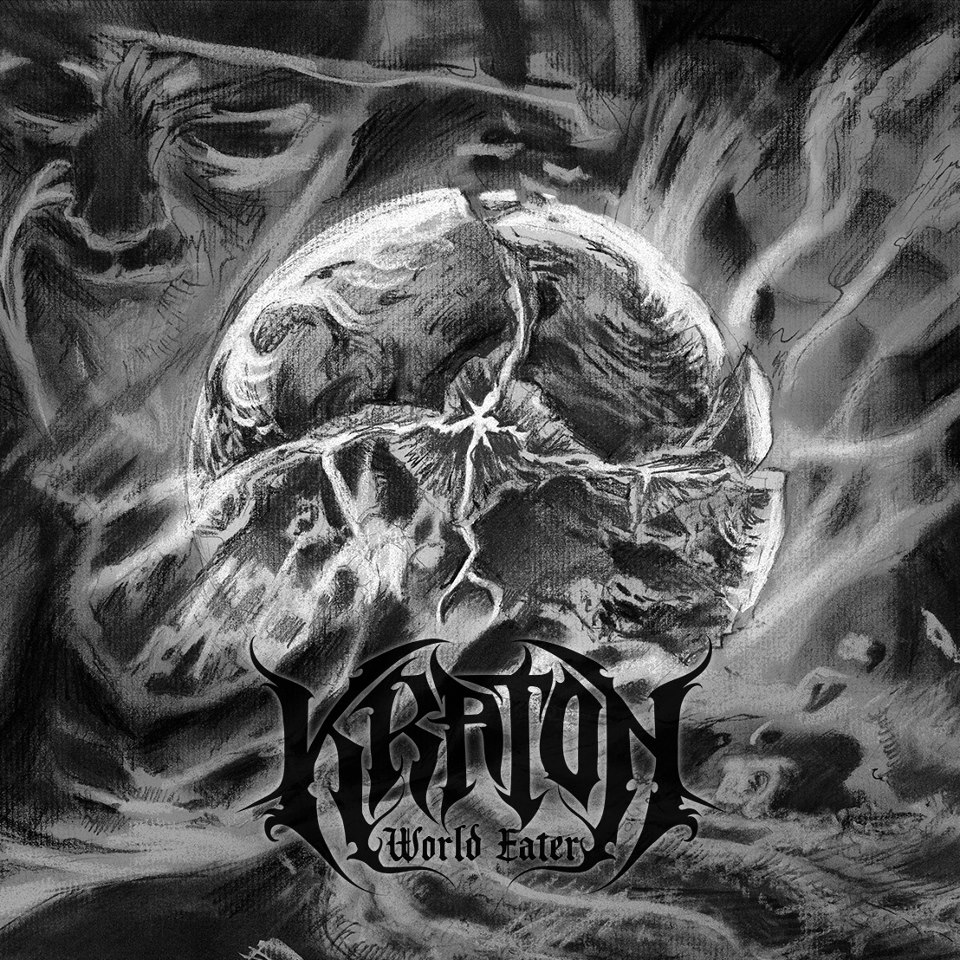 September is going to be an interesting month for the Luxembourgish metal scene since there will finally be two new long-awaited releases. The first one being Kraton‘s second demo World Eater! After their first demo Ker, which was released in late 2011, the band has focussed on playing shows and writing new material. Let me just say upfront: the wait was worth the while!

For those that don’t know what the quintet does, allow me to quote the band “our music is a blend of Death, Doom and Black Metal and everything else that fits our idea of creating a dark, gritty and organic sound”. In many cases when a band writes something like that, and you listen to their stuff…it sounds nothing like the description. Such is not the case with Kraton, since their music does indeed cover the above-mentioned elements in a very refreshing manner.

The one thing that I had a hard time believing, but which is indeed true, is that the five songs have been recorded in a DIY live setup with all instruments being played simultaneously and the vocals recorded on top at a later point. My disbelief is easily explained: it sounds mindbogglingly amazing. Every single instrument can easily be distinguished in the mayhem that is World Eater, and sounds better than some professionally produced studio recording that I’ve come across. A special, albeit slightly sexist, mention to their female drummer who puts many of her male compatriots to shame with her precise play.

Obviously I can’t finish this review without losing a few words about the, in my opinion, driving force behind Kraton: Boerdi, the voice of Luxembourg. My partner in crime, Luc, praised his vocal work before and I can’t do anything else but add another layer of applause on top of it. The guy’s timbre is impossible to mistake and his vocal range is nothing short of incredible, which he proves gloriously during these twenty-three minutes. On top of that, you should have no problems figuring out the lyrics after, at the latest, the second listen-through since his perfectly articulated growls and screams are a blessing to the death metal community.

To sum things up, I’d claim that this record is not to be missed by death/black/doom metal fans or metal fans in general. Pay the band a visit on their Facebook page and get your first impressions from the song below. If you want to hear (and get your hands on) the new demo, you should go to Café All In in Luxembourg-City this Friday, where the band is hosting a listening/release party. See you there!

One reply on “Kraton – World Eater”