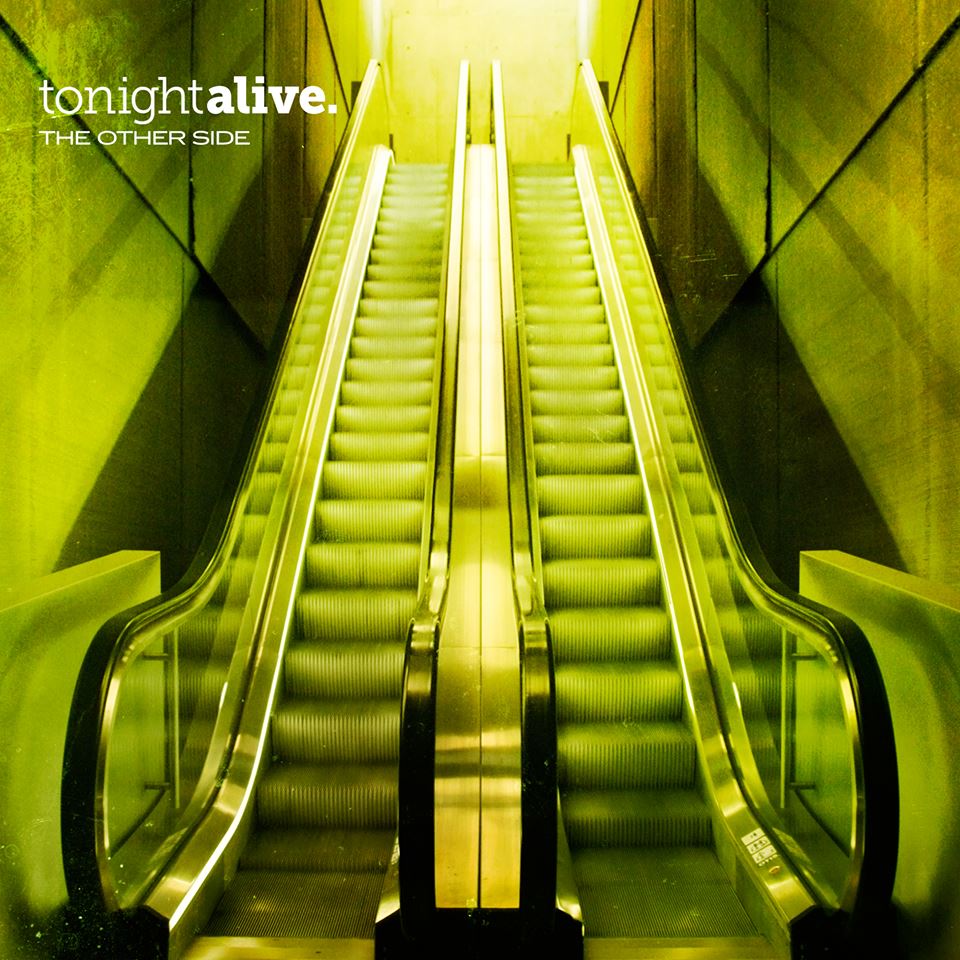 It’s time that I come clean about something I do not deny when asked about, but that I don’t usually say out loud: I’m a sucker for pop punk with female lead singers. It all started in 2002 when Avril Lavigne released her debut album and since then I, almost religiously, check out everything that is vaguely similar. Earlier this year Paramore came back with a brilliant album but I wasn’t able to review it, so I’ve felt like I had to do so for Tonight Alive‘s second album The Other Side! Enjoy!

As earlier mentioned, the Australian quintet plays pop punk and that hasn’t changed on this record. However, one can definitely notice an improvement in song writing and execution in comparison to their debut: everything comes across as more mature. Which does not mean that What Are You So Scared Of? was poorly written, but it had that “typical” feel to it. This time it all sounds smoother and it’s simply more appealing to re-listen to the twelve songs over and over again.

As is tradition for the genre, the songs are generally upbeat and happy sounding with some heavier parts thrown in here and there. The technical amelioration of the band brings more intricate riffs and drumming with it, which, again, adds to the overall quality of the forty minutes. On a positive, however personal, side-note: the bass is perfectly mixed into the ensemble and even I, the bass-deaf guy, can clearly distinguish it at all times.

The icing on the auditive cake is the amazing voice of the vocalist, who doesn’t have to hide behind any of the famous (or lesser famous) front-women. The lyrics are still at the same, enjoyable, level as before but, I guess, also more grown-up and influenced by experiences from touring and so on.

To sum things up, I would say that if you are like me and like this kind of music…do not miss out on The Other Side for any reason whatsoever. If you are not at all familiar with the genre, this is probably a good record to give it a shot! For more information, be sure to check out the band’s Facebook page and get your musical dose below.