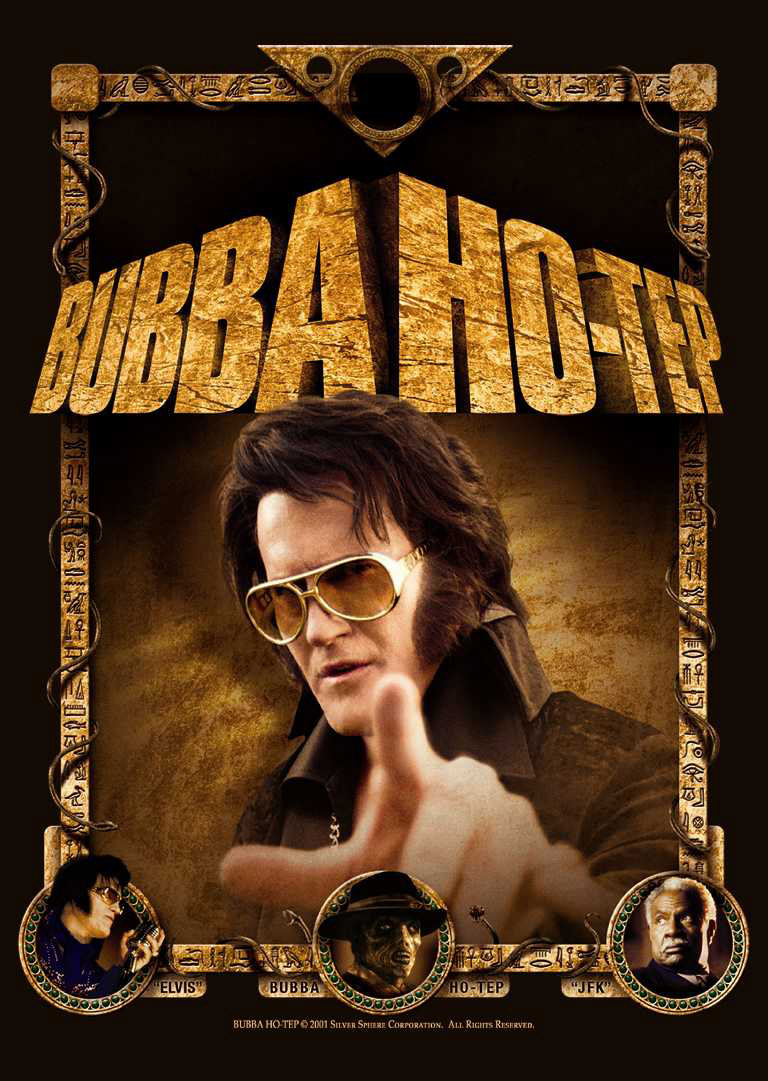 I have been looking for Bubba Ho-tep (2002) for some years now but I, somehow, always kept on procrastinating which may be due to the fact that I do not enjoy horror comedies and that I am not a big Bruce Campbell fan.

As already mentioned, Bubba Ho-tep is an American horror-comedy. It was co-written and directed by Don Coscarelli and is based on a homonymous short story by Joe R.Lansdale. The film stars Bruce Campbell as the impotent Elvis Presley or some kind of ageing, mentally retarded impersonator, who resides at The Shady Rest Retirement Home. One of Elvis’ fellow lodgers is Jack (Ossie Davis), an elderly black man who insists he is President John F. Kennedy. Jack/John claims that “they” dyed him black after the “missed” assassination in Dallas and that Lyndon B. Johnson abandoned him in this retirement home. Due to some mystical events and killings, Mister President decides to team up with the King in order to destroy the evil, which would release the trapped souls of their dead friends.

As you see, the film has exceptionally great potential but take a wild guess: yes, they ruined it, or let’s rather say that they partly ruined it because of the decision to turn this brilliant and funny concept into a superfluous horror movie. I have never read Lansdale’s short story but the film hits the skids pretty soon and the whole terrorizing soul-eating mummy stuff goes astray.

In the end there are only the two main characters and the actors who play them who are able to turn Bubba Ho-tep around. When it comes to B-Movies it is an absolute rarity that I finish the film only because of the actors. Campbell/Elvis and Ossi/Jack/JFK are absolutely amazing and their acting is close to perfection. They are funny when they are supposed to be funny, they are sad when they are supposed to be sad and they are congenially weird throughout the whole film and every single emotion is put across with concentrated passion and devotion.

The characters not only work on their own, the actors are also able to create a fair and beautiful interplay. They are more than simple synthetic constructs, they come alive by endearing authenticity and I immediately fell under the spell of Elvis’ and John’s charisma.The writers and actors did a great job and it is nice to see that although the rest of the movie is rather weak, there were at least a few people who gave it some thought.

In the end, the movie doesn’t work as a horror comedy and we don’t need a sequel (as Ossie is dead and Bruce refused the role) but when it comes to Bubba Ho-tep, you can certainly give it a try.