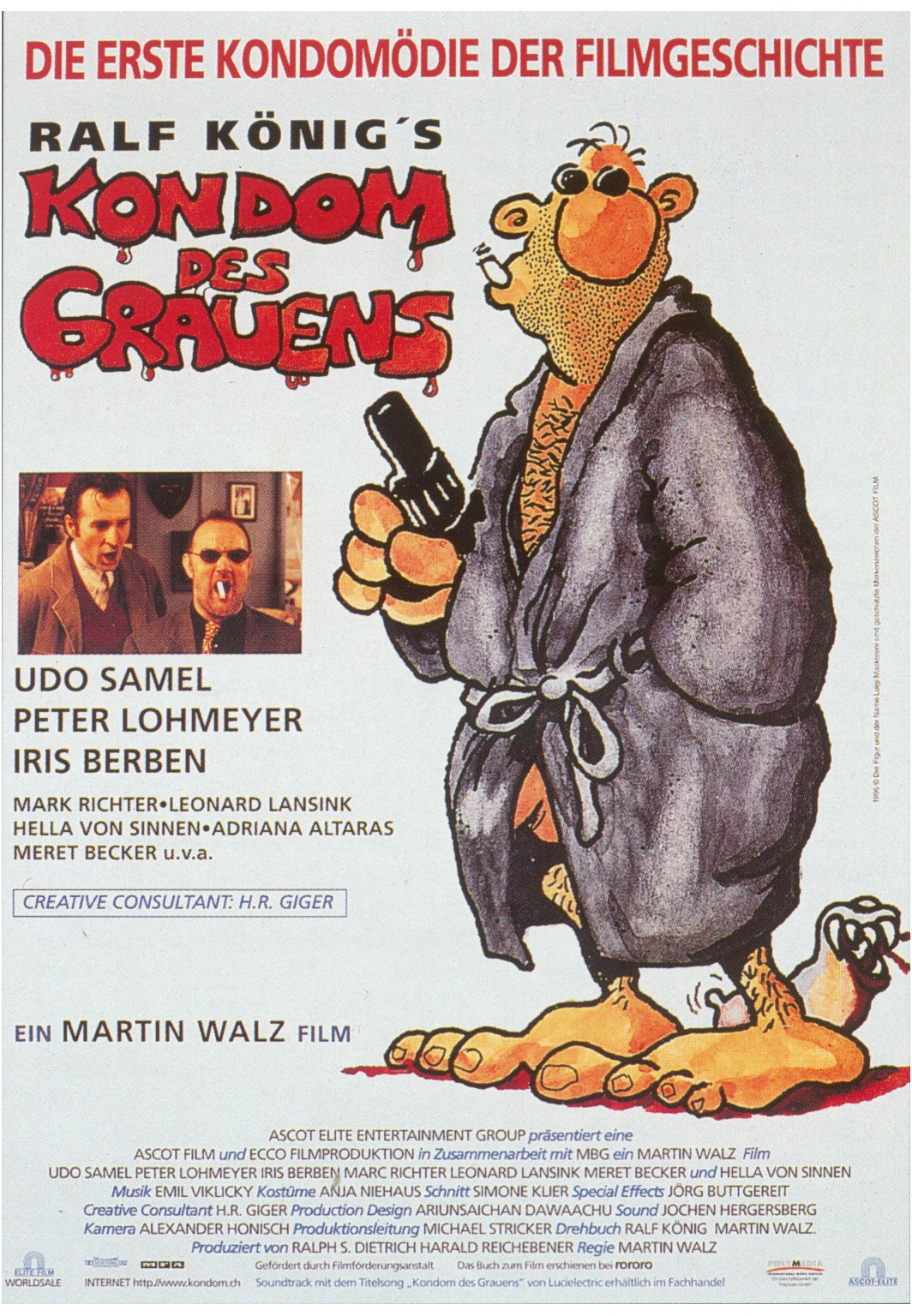 Beware of carnivorous condoms in New York! The ravenous little bastards feed off of male genitalia and no one knows what their deal is. The first known case takes us back to the Quicky hotel, where a corrupt teacher took his student to let her “work” her way up to better grades and eventually ended up with a mutilated penis. Unfortunately, what started as an only moderately regrettable hit of karma quickly spiralled way out of control.

Enter Luigi Mackeroni, the hero, the cop investigating the case. He is a chain-smoking badass with Sicilian roots who happens to be gay and has his trans ex-lover call him “Lutschi” whenever she pops up. Like everyone else, he initially thinks that the girl bit off the teacher’s penis, but is proven wrong when he witnesses a schlong-devouring wrapper in action at the notorious hotel. He then proceeds to take us on a hilariously bizarre journey that leads to the origin of the killer condoms.

Kondom des Grauens is the first Troma-distributed film (based on an equally screwed up cartoon by Ralf König) I’ve seen, and I loved it. Ridiculousness and excess are defining characteristics of the trash genre, and this jewel sure delivers. Just from the title and above summary you should be able to tell that taking it too seriously won’t allow you to enjoy the viewing experience.

But while you do have your cheesy one-liners, overblown characters and primitive sexual jokes, Kondom des Grauens also carries a very real message. It’s depressingly rare to see an openly homosexual lead in any film, and even rarer to have one as un-stereotypically gay as Mackeroni. Conservative views and general bigotry are challenged throughout the whole flick and especially in a big moment toward the end.

A special mention goes to the cast. Trash works are often ridiculed for the bad acting performances, and this might be the case for Kondom des Grauens on a technical level, but holy Mackeroni (sic), are these people charming. It actually reminded me that good characters are an indispensable foundation for a good trash/comedy film. Also, some of you Germans and Luxembourgers might spot one or two familiar faces. (Spoiler alert: look out for Hella von Sinnen and Iris Berben!)

So I was mightily amused and occasionally touched, which means that the movie fulfilled its purpose in my eyes. I’m sure it’s not without fault, but I was too entertained to pay attention, and that’s the way it should be.