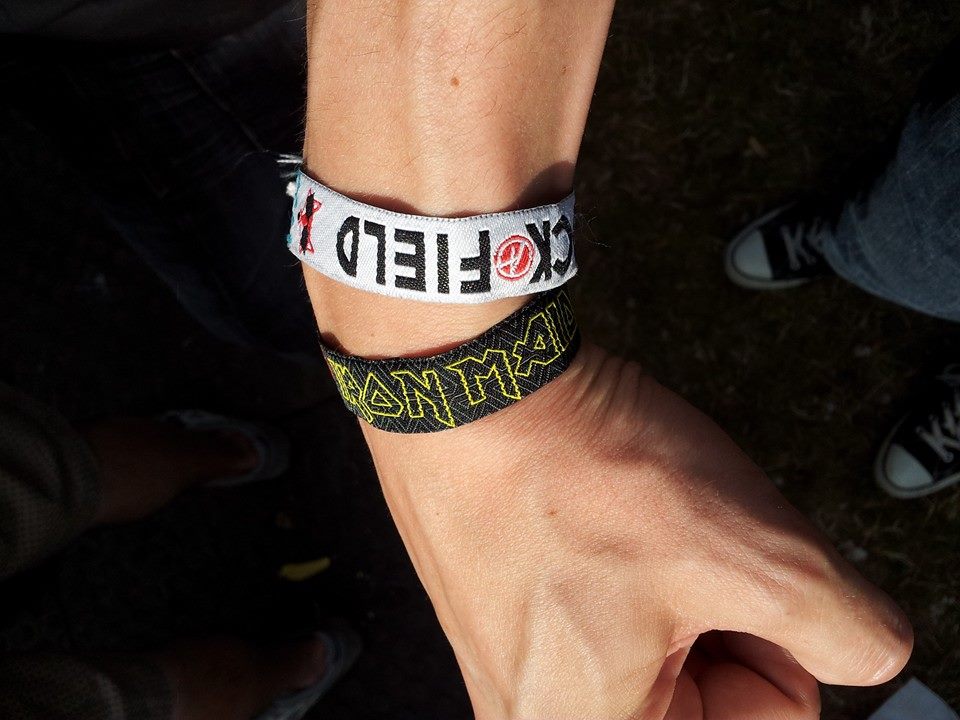 Can I play with Madness?

When the tickets for Iron Maiden (THE band that got me into Metal, when I was still a wee little lad) at the Rockhal concert site became available in February, I was one of the first to get one online. I was even happier about this, when they were sold out shortly after. Seeing Iron Maiden in a relatively small venue would surely be amazing. But then, shortly after they were sold out, den Atelier announced that they would move the concert to the Rock-A-Field site. This outraged a lot of fans who paid for something they wouldn’t get. Even more confusing was that a second band was booked as an opening act, namely Ghost from Sweden.

Let’s skip ahead a few months to the actual concert. As I had been at the Rock-A-Field festival (RAF) the weekend before, I was familiar with the site and the parking arrangements. The shuttle service worked perfectly, although the parking price was a bit steep (8€ for a few hours of parking – the three days of parking in the same spot for the RAF cost 10€ combined). When I finally arrived at the concert site, I was glad to see, that the mud from the festival weekend had disappeared and that the site looked fine. As a little premium for being one of the “lucky ones” who had acquired tickets to the Rockhal concert, I got a wristband that would consequently allow me to enter a gated off area in front of the stage. The idea behind this might have been nice, but it seemed unfair that people who bought their tickets later and paid almost the same amount of money would not be able to get closer to the stage. On the other hand this meant that we would have quite a lot of room and could enjoy the show without too much pushing from the crowd.

Ghost as an opener might have seemed as a good idea to somebody who thinks that Metal sounds all the same, but it turned out that their music and show (if you can call it a show, when everybody is wearing a mask and the singers persona is a demonic priest, who can’t break character to cheer on the masses) didn’t fit this particular billing. Don’t get me wrong, they weren’t bad, they just weren’t a good match. The organisers might have had better luck with a local band like Lost in Pain to get the audience’s juices flowing. People came to see Iron Maiden after all.

Then it was finally time for the main act. The show started with an intro video showing crumbling icebergs, invoking images of the famous Seventh Son of a Seventh Son album. Then Iron Maiden exploded onto the stage and the crowd went wild. For almost two hours, Bruce Dickinson and his band kept the audience heavily (hrhr) entertained. They played most of the tracks from the aforementioned album and most of their other hits. The Trooper (including the obligatory swinging of the Union Jack), The Number of the Beast and 2 Minutes to Midnight were all performed almost perfectly. The highlight for me was Fear of the Dark. There is nothing quite like a huge crowd of people singing and cheering together.

I hadn’t seen Iron Maiden in quite a long time and I had almost forgotten, how theatrical their shows can be. Eddie came on stage for Run to the Hills, Dickinson turned himself into Dracula, flames burst out of the floor and fireworks accompanied a few songs. Dickinson ran around on stage like he was on fire, using the multilevel stage to his advantage, and all the other band members were in constant motion, cheering on the crowd and performing semi-acrobatic moves with their instruments. This is quite impressive, considering most of them have been doing this for over 25 years.

After their main set, the band returned for an encore (starting with Aces High – including the Churchill speech). Interestingly enough they played none of the songs released after the mid 90s. Sadly the whole thing was over way too quickly and it was time to leave the area. The shuttle service was running smoothly, limiting waiting times to tolerable levels.

Although it was quite a feat, to get a huge band like Iron Maiden to play in Luxembourg, there are a few points of criticism I have to mention. I didn’t like that the organisers kept the pricing/ticket system from their RAF festival. You had to change your money into tickets (3,5€ per ticket) and you couldn’t even change them back at the end (which wasn’t mentioned when you bought them). 3,5€ for a beer or a sparkling water (no, the 1,75€ upgrade from regular water doesn’t make its sparkle shoot rainbows) is quite a lot, especially if you count how much they earn on drinks alone. At least the 7€ burger was really tasty and big enough. Ticket prices were also quite expensive, considering that you pay 50€ (which is 40€ less than what I paid) to see the same band in France. As a Luxemburgish music fan, who goes to quite a lot of concerts, I think it’s high time that people start to question the pricing policy of Den Atelier, especially since they have been overpromising for quite a while and rarely deliver exactly what they have promised.

To sum it all up: Bullshit pricing, an opening band that didn’t fit the billing and IRON MAIDEN. I say it again: IRON *fuckin* MAIDEN! Scream for me, Luxembourg!!!!

This review was written by our freelancer Yves!