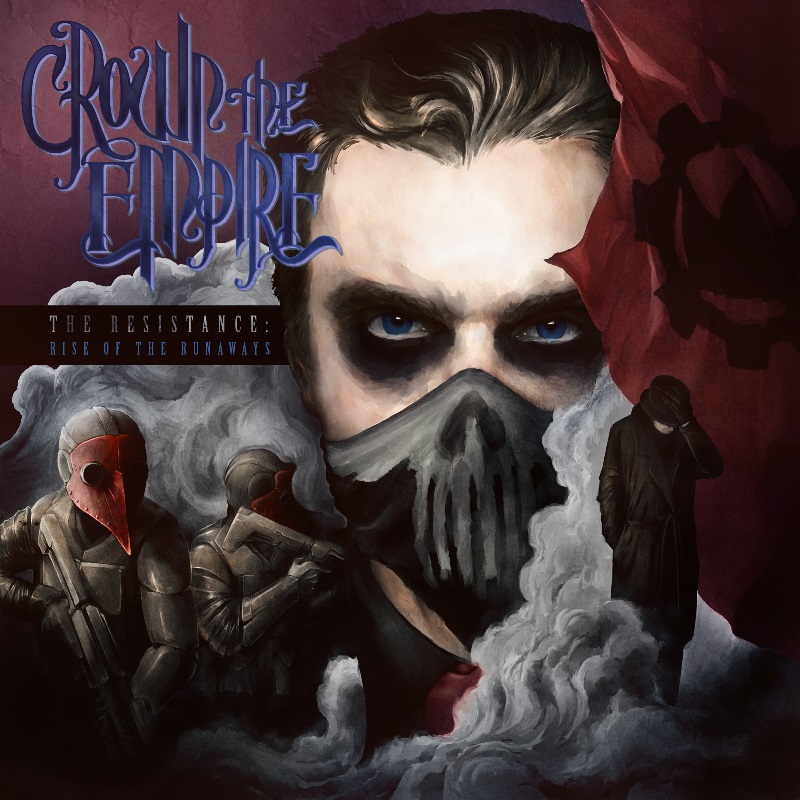 Today’s band put out one of my biggest surprise albums of 2012 and on July 22nd of this year they released the follow-up to it. In case you haven’t deduced it by the artwork above, I’m talking about Crown The Empire‘s The Resistance: Rise Of The Runaways. Over the course of the past two years the sextet from Dallas, Texas, has managed to establish itself as one of the biggest names in the metalcore scene, at least in the US, and with this new release they have managed to prove that they do deserve it.

The reason why CTE stands out from the vast majority of the band’s in the genre, is the fact that they have a very theatrical approach to their songwriting, akin to a soundtrack of a movie, and so far every album has been an entire story in itself; with the new one continuing the events of the predecessor. They also have a very distinct sound, which is purposely over-produced and very electronic-sounding. It definitely isn’t everyone’s cup of tea but it fits their music perfectly, in my opinion.

The thirteen songs are divided into three acts, which are always started by an atmospheric interlude, and cover many different directions, from ballads to your typical metalcore sound, to industrial-sounding songs. There is a lot of chugging, but also equally many melodic parts, thus creating an enjoyable symbiosis of both worlds. Generally-speaking, the material has a greater variety and has a more mature feel to it than previously.

Vocally, it’s still the same deal as usual: dual vocals, with one singer covering the clean and one the unclean parts. Both are noticeably auto-tuned to a certain extent, but go well with the plastic-y sound of the instruments. As mentioned earlier, the lyrics tell an interesting story set in a post-apocalyptic world.

To sum things up, I’d say that The Resistance is definitely worth checking out and all in all delivers on many levels, but it’s also not for everyone, since this is taking the modern sound to the extreme. I, for one, do enjoy it a lot but this band is one of the few where I ignore my personal preference in terms of how a record should sound, simply because the result is truly satisfying as a whole. Listen to the song below to make up your own mind and head over to the band’s Facebook page for more information! And last but not least: in case you want to experience what they sound live, move your ass to den Atelier on Monday, the 20th of October, where they will be opening for Asking Alexandria, alongside Secrets and The Ghost Inside!