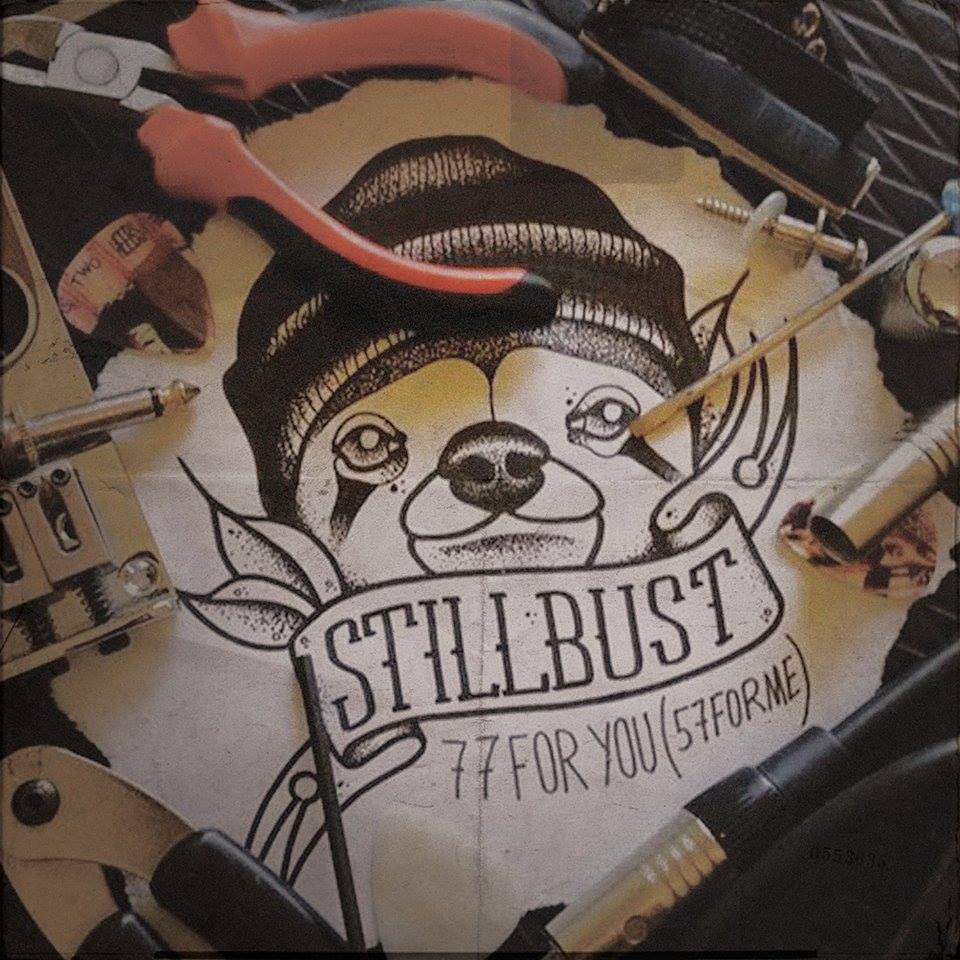 In the past few months I’ve listened to and reviewed quite a lot of punk records. Punk of almost every kind: pop punk, hardcore punk, punk rock and so on…to be quite honest, I was quite over-saturated at one point and declined a handful of review requests, simply because I needed a break from the genre. However, when I got my hands on Stillbust‘s debut EP 77 For You (57 For Me), I felt compelled to write the following paragraphs…that’s how fresh their sound was, and still is, to me!

Now, you might wonder what is so special about the music the four blokes make? Well, they are definitely in the hardcore punk, with a very strong emphasis on hardcore, area of the musical sphere but they bring a sense of complete chaos with them. In some instances I heard some mathcore resemblances, with crazy riff structures and erratic balls-to-the-walls drumming. In another instance, on the last song, you get a screamo vibe hitting you hard, just before jumping into a blast-beat filled barrage of sound to end the nineteen minute ride! Pure ecstasy!

The vocal front is covered by two sing-…screaming maniacs! One is taking care of the deeper screams while the other one goes from mid- to high-range screams with occasional screeching thrown in for good measure. Seriously, when I called them crazy, I was not exaggerating: especially the latter vocalist gave it his all, and it can absolutely be noticed throughout the four tracks.

Another decisive factor actually only hit me as I was doing a bit of research about the Englishmen…they love to have fun. Not only does their Facebook page feature a list of random and genuinely funny accomplishments, they also prove their sense of humor in the track names. One of which will make this paragraph look really big, even though I’ll just copy-paste the title: I’ve Never Been More Happy To Have A Hypo (However This Could Mean I Have Irreparable Knee Damage)! Neat, huh?

Stillbust brings a fresh combination of styles to the table, that I haven’t experienced in the past, and I can readily recommend giving them a shot! Their EP can be bought for quite cheap on their Bandcamp below and as a closing statement I’ll say that it’s about time that point number eleven on their list gets erased…third time’s a charm!