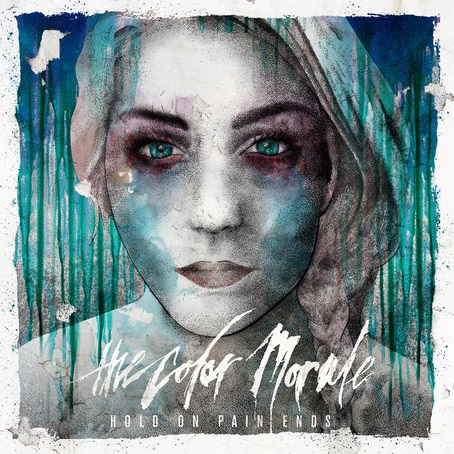 2014 has been a truly interesting year for me, especially musically-speaking, so far…I might even go as far and say that it’s the best one in recent memory and definitely the number one during my times here at El Gore. Not only have “my” bands released great new records thus far, but also bands that I haven’t been into in the past have come out with some amazing music. One of the latter is The Color Morale, from Illinois, who have released their fourth full-length, entitled Hold On Pain Ends, just a few weeks ago.

Back around 2008/2009 when I started getting into the whole post-hardcore scene, I kind of had to ignore quite a few bands because I was just overwhelmed by the sheer amount of formations being started left and right. Sadly, one of them was TCM…however, earlier this year when the vocalist was featured on a song from the new Jamie’s Elsewhere album, I actually gave his band a shot and liked what I heard. When a few weeks later the quintet released their version of the classic song Everlong, I was sold and was impatiently awaiting the new record. Fast forward to when I actually heard it for the first time and picture myself being in a state of complete awe.

There are many reasons for me being so attracted to these twelve songs with the main reason being the lyrics and the emotion-laden vocal performance. The Color Morale falls into my drawer of bands that I consider lyric-porn, while it’s not everyone’s cup of tea and you probably have to be in the appropriate mind-set while listening to it, it just speaks to you on a very deep level. Almost every song has a certain melancholy to it, but still comes up with a message of positivity in one way or another. On top of that, the two guest vocal spots fit perfectly into the ensemble: Dave Stephens of We Came As Romans on Suicide;Stigma and most notably Craig Owens of Chiodos on Developing Negative.

But the sung parts aren’t the only selling factor during the forty-four minute ride. The instrumental front has all the melodic goodness coupled with heavy riffs and the occasional breakdown, that is necessary to make every post-hardcore fan feel right at home. Furthermore, even though there aren’t all that many groovy parts on H.O.P.E., let me assure that if one pops up, you will want to bang that head and karate-chop your neighbor with full force.

All of the above makes the follow-up to Know Hope a record that I would recommend to everyone who might be going through a tough time, or who simply wants to listen to some genuine music. Be sure to check out the video below and visit the band’s Facebook page for more information. And to end this review with a note of positivity and a lame word play: never forget to Hold On since Pain indeed Ends.