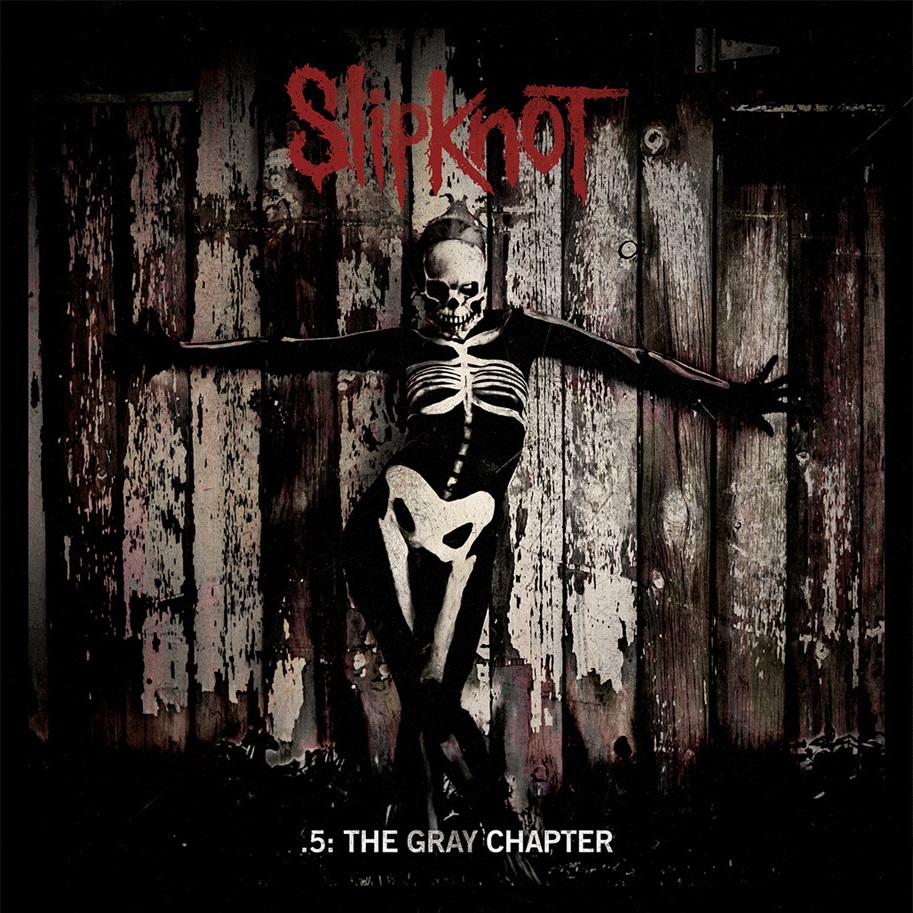 If you’ve followed my reviews for a while, you hopefully didn’t think that I would not write about today’s record. I know I did take my sweet time before getting to it, but I didn’t want to rush it in any way and soak up the new Slipknot album as much as I could before putting down the first word of what follows. Released on October 17th, a bit more than six years after its predecessor, .5: The Gray Chapter puts the Nine back in the picture after a long period of mourning and finding themselves again, due to the passing of their bassist Paul Gray.

Right off the bat, I have to say that the new material is a perfect mixture of the aggressiveness that was predominant on IOWA and the creativity as well as the variation that marked Vol. 3: The Subliminal Verses. One factor that may or may not have played a role in this well-executed fusion, was the departure of Joey Jordison, drummer and one of the main songwriters, and the arrival of fresh blood in the form of, even though unconfirmed by the band, Jay Weinberg. As I said, it is not really known if “the new guy” has contributed much to the songwriting but his different style of drumming is definitely noticeable during these sixty-three minutes. Despite being a huge Jordison fanboy myself, I welcome the change because the groove is strong with this one and the blast-beats don’t have to hide either.

In the stringed department, the bass spot is, supposedly, filled by Alessandro Venturella who I have to admit, I can’t really distinguish clearly in the mix but I guess that’s a good sign, because why change a winning team? The guitars are stronger and more menacing than ever, while at the same time bringing some of the biggest melodies the Iowans have ever come up with. Truly a genius mix, filled with experimental elements in the form of more prominent synthesizers and turntable effects, without ever losing the drive and the force.

In the two months that 5:TGC has been out, I’ve heard and read many complaints about Corey Taylor’s vocals, especially the clean ones, being too much like on the new Stone Sour stuff and to a certain extent I have to agree. Because it’s a fact. Simple as that. What I don’t agree with, however, is that that’s a negative aspect, since I don’t see the point in him changing his style for one band, if he has found a range that he’s comfortable with. You see, there’s always people who can’t let go of the past and wish that everything could forever remain the same, but at the end of the day change and evolution, especially in music, is a good thing and you, the listener, should welcome it with open arms. If it ends up not being your cup of tea, move on, or simply listen to the old material.

Moving on to the lyrics which I feared at first would be very Paul Gray-centered, with the name of the album and all, thus resulting in repetition. In hindsight, I feel almost silly for doubting the Knot, since only three out of the fourteen, sixteen including the bonus tracks, songs are clearly about him. The remaining ones are what fans are used to: metaphorical lyrics with tons of words that you’ve never heard before and catchy as hell choruses.

To sum things up, this is a phenomenal album, at least in my completely biased opinion, and easily the nontet’s most diverse effort to date. However, Vol. 3 will remain my number one, because it’s how it all started for me. If you live behind the moon and haven’t checked out .5: The Gray Chapter yet, do yourself a favor by doing so immediately and head over the band’s Facebook page for more info. For our Luxembourgish readers: mark February 2nd on your calendar, because that’s when Slipknot will hit our little country at the Rockhal! This is my last review for this year, so stay (sic) and check out our top five posts next week!
[youtube https://www.youtube.com/watch?v=XEEasR7hVhA]