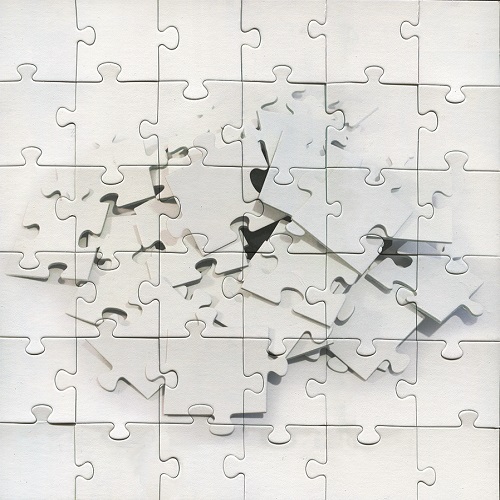 A bit less than a year ago I reviewed the debut EP, Leave Stickers On Our Graves, of the French punk supergroup Not Scientists, and today I have the great pleasure to write about their follow-up full-length Destroy To Rebuild!

What can I say? Not much has changed. But that wasn’t necessary to begin with, since the quartet had already found its sound on the predecessor and the musicianship was at a high level from the start. The main thing that stands out in comparison, however, is a more traditional production, with more natural sounding instruments or in other words, dare I say, simply a more punk approach.

In terms of songwriting, the eleven songs are still in the same vein as before, with a, for the most part, pop punk vibe and mostly good mood potential. But, the Frenchmen do take a few risks and add bluesy elements in some parts, and even some ska in other parts, which definitely adds a lot of variety to the mix. But the main addition to their sound is in the form of the dreamy and melancholic style, such as on the opener and on Just Break Me, which I absolutely love.

The singer still delivers on the entire line, and even performs some double takes on one song to form a really cool harmony. The lyrics during the thirty-eight minutes are less optimistic though, and lend additional depth to the music, with their reflective tone. Especially Tomorrow’s Another Day and the above-mentioned Just Break Me stand out to me in that domain. My only gripe is the fact that the background screams that I liked so much in the past, have almost completely disappeared…but that’s OK, I guess.

All in all, Destroy To Rebuild is a great full-length follow-up to a strong debut EP, and can easily be listened to several times on repeat without being boring even once. Last but not least, I can only strongly recommend going to a gig if Not Scientists are nearby, because their show’s a treat! So, if you are intrigued, head over to their Facebook page and listen to the album below, before the official release on March 6th!