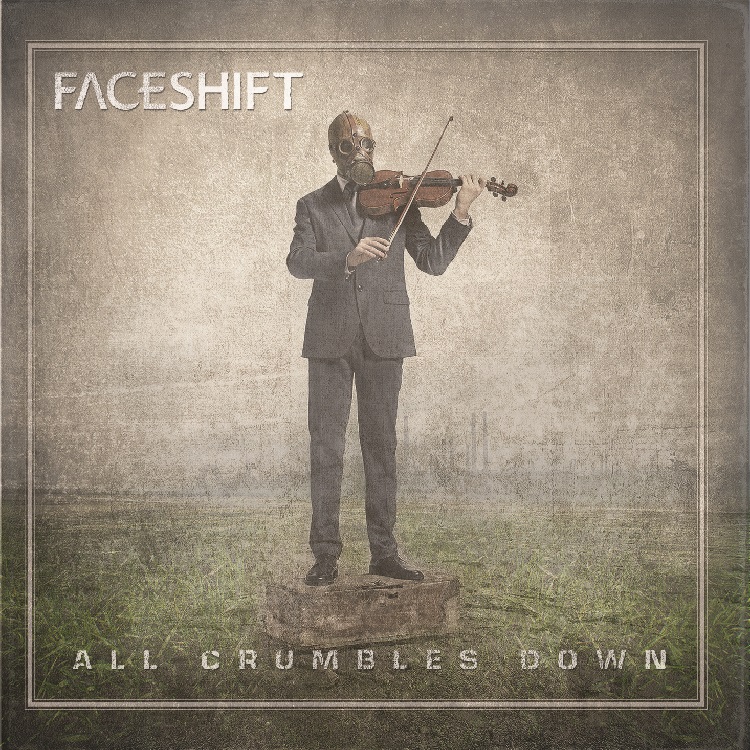 It’s funny: last week I discovered my appreciation for a genre that I could never stand, and this week I have to notice that a genre, that I enjoyed back in the day, no longer appeals to me. Objectively speaking, it’s got nothing to do with the quality of the release, because Faceshift‘s All Crumbles Down is a really solid modern heavy metal release, still the spark simply didn’t ignite after my usual ten listening sessions.

As I said, the Swedish quintet’s sound is orientated towards modern heavy metal, with down-tuned guitars and hammering drums, heavy riffs and a lot of palm-muting. The songwriting, however, has that classic feel to it with massive melodies and occasional keyboard use. Generally speaking, every element that is necessary to make an album of said genre appealing is there and well executed.

The same goes for the vocal performance during these eleven songs, which is mostly kept in the clean range and very occasionally accentuated by screams. There is absolutely no denying that the singer has great pipes either and he displays a broad repertoire of melodic singing capabilities. At times his timbre reminds me of Layne Staley from Alice In Chains and in other passages he has that slight Dio resemblance, the mix of the two truly makes it an enjoyable ride.

In the opening lines I said that I just couldn’t get into the music, which is sadly true, because during the forty-nine minutes that are All Crumbles Down, I was never taken “into the zone”; which is a major factor to me when it comes to liking a band.

Honestly, I entirely attribute that to the fact that I simply lost touch with heavy metal, and I’m convinced that Faceshift will manage to impress many of their listeners. So please, do yourself a favor and check out their video below and head over to their Facebook page to follow their progress. Last but not least, if you like what you hear, be sure to check out their album when it drops in April 14th!
[youtube https://www.youtube.com/watch?v=HOON4FO_LMg]