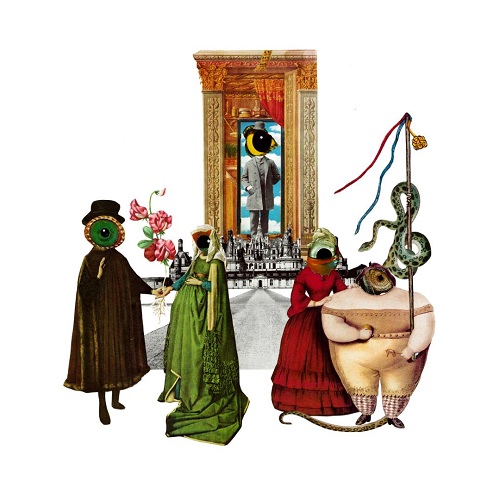 I really got into post-hardcore about four years ago, and ever since I’ve kept discovering new, and sometimes old, bands. Yet, every now and then, I stop and wonder if this genre can ever stagnate and become boring to me and despite some people claiming that the downfall is already underway, I find it hard to believe that I will ever be over-saturated by this genre, especially when I come across bands like Five Of The Eyes. Their debut album The Venus Transit really caught me by surprise when I was granted early access and I hope that the following words can entice you to give it a listen as well.

Now, technically, they are considered progressive rock but I found so many post-hardcore elements in the Portlanders’ sound that I will approach them as such. My first impulse was to call their style psychedelic post-hardcore, because at times I could have sworn I was listening to a modern approach to Deep Purple or the likes, mainly due to the vocalist having a similar timbre…but more on that later. I would say that 5OTE‘s music is best characterized by the words grandeur and theatrics: every note seems to build up to a great finale in each of the nine songs.

The drums undergo numerous temporal and rhythmic changes all throughout the record and serve as a perfect foundation for the guitars to unfold their entire glory of both dreamy melodies and ferocious riffs that hit you with a highly eclectic tone. In general, the forty-two minutes have this really natural and old school sound to them that enhance the experience even further, because every strum and every hit come at you in biting clarity.

On top of that, there’s the wide range of the singer who, as mentioned above, at times channels his inner Ian Gillan and really works those pipes to their extreme, though luckily not quite as high-pitched. His performance also deserves praise because he really makes every line come across as heartfelt and, coupled with a great feel for melodic singing, delivers a solid result.

All in all, exploring The Venus Transit was definitely a surprise for me and if you are into bands like Artifex Pereo or Eidola, you will have a blast with Five Of The Eyes! So be sure to give their debut a listen when it drops on Friday, September 30th, and in the meantime listen to the song below to get a first impression. Also, if you want to keep up to date with their progress, head over to their Facebook page…I know I will.
[youtube https://www.youtube.com/watch?v=2XKXUP7pn5I]