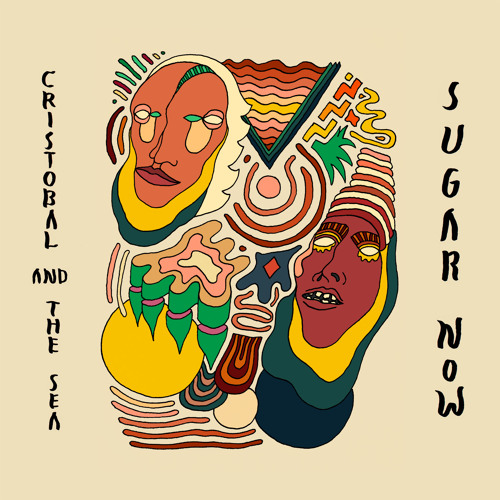 I am really glad to be back on El Gore to talk about a debut album that I, as a huge fan of the London-based quartet, had been eagerly awaiting: Sugar Now by Cristobal and the Sea! I’m obsessed with their experimental approach to folk with Mediterranean influences, and this release has been a definite musical highlight of my year.

I know comparisons are tricky, but it’s less the musical similarity that makes me point it out and more the general vibe and feeling I got from the record – I was immediately struck by how much it reminds me of Fleet Foxes‘ spectacular Helplessness Blues. The folk element is way more pronounced than in much of their previous work, which was dunked in trippy reverb, delayed guitars, some auto tune and other spacey effects. It’s less crammed, more subdued, very organic, fairly stripped down yet still big-sounding, and somehow feels close to nature. The particular way the band melds their haunting chants and vocal harmonies, flute playing, Latin riffs and at times borderline bizarre melodies creates a mystical atmosphere and invites you to get lost in a panorama of colourful sounds.

Pretty much every piece of media I’ve read about Cristobal and the Sea makes mention of the members’ different European backgrounds. With reason, as this cultural variety definitely spills over into the album, most evidently in the form of parts sung in Portuguese, French and Spanish (the two singers’ and bass player’s respective native languages). The lyrics themselves – sometimes abstract, other times more concrete philosophical musings – support the instrumentals in painting vivid pictures.

There are upbeat moments, but there’s also an ever-present profundity, perhaps even slight melancholy, hanging over the album. Honestly, if I had to sum it up succinctly and in less descriptive terms, I’d just call it beautiful. You can feel the passion and emotional honesty of the musicians shining through. It’s a truly refreshing spin on indie folk music that will be a delight to everyone who digs the warm sounds of Latin America and the Iberian peninsula.

The band is active on Facebook and other social media platforms, and Sugar Now, which will be out on the 2nd, can be pre-ordered here, as well as on iTunes and Amazon. 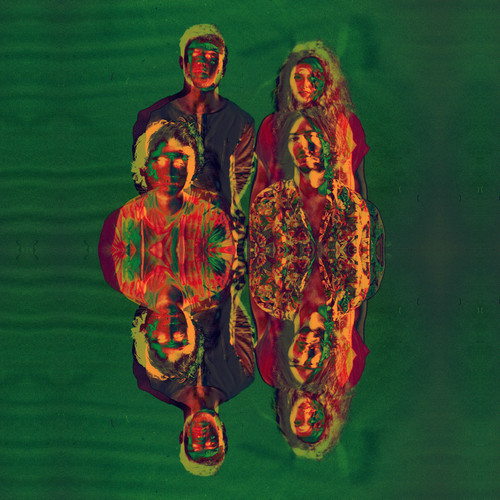 In my book, there is nothing more enriching to music than pure, unadulterated fun and soul. The London-based boys and girl of Cristobal And The Sea have both of these qualities down to a science, and it’s been a long time since I’ve been as fervently enamored with a recent release as I am with their 5-track EP Peach Bells, which was digitally released on November 3rd.

It’s impossible to describe this band without mentioning bossa nova and tropicália. As a huge lover of Brazilian rhythms, those elements were what hooked me instantly — there is a distinctly southern Mediterranean warmth to their music. Appropriately, the lyrics to Violet Tear are actually a Portuguese poem by the 17th century Brazilian poet Gregório de Matos and the chorus to My Love (Ay Ay Ay) is in Spanish.

The voices of João and Leïla flow together in beautiful harmony and blend into the dazzling psychedelic whirlwind that is their instrumentals smoothly, adding another layer of richness to the colourful soundscape. I can’t help but draw parallels to the sounds of Animal Collective (whose album Sung Tongs was produced by the same guy who recorded Peach Bells, Rusty Santos) when it comes to CATS‘ creativity and experimental approach, especially in the final track Zorro, which is just a complete, slowly unraveling trip of a tune.

There is not much left to be said, as Cristobal And The Sea is a band well worth discovering on your own. Their ardent tropicália pop is the sonic embodiment of a safari through a tropical forest, laced with surrealistic imagery in fantastic colours and shapes. Peach Bells is a blast; don’t miss it.

While you wait for the vinyl 12″ to be released on December 8th, you can pay the quartet a visit on Facebook, listen to Peach Bells on Spotify or Soundcloud and watch the trippy video for My Love (Ay Ay Ay) below.