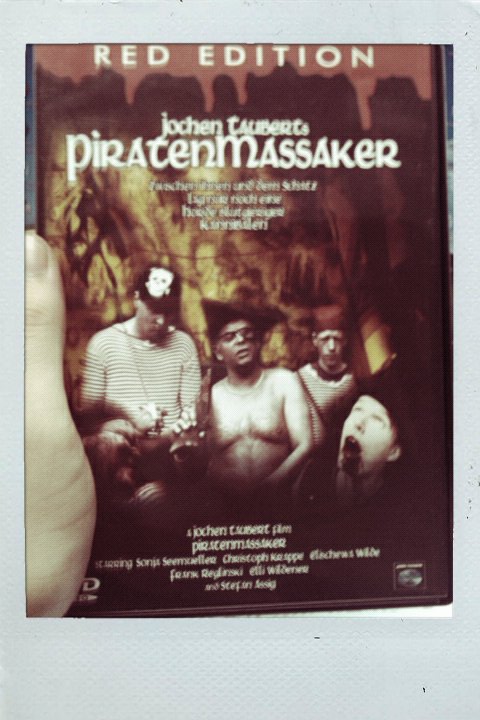 A week ago, Eric borrowed me his original Red Edition DVD of Jochen Taubert’s Piratenmassaker. I have absolutely no idea how he managed to get his hands on this piece of shit. Piratenmassaker is the first movie ever which I turned off after half an hour because I feel personal defense. It is an impudence calling this talent-free, no-budget crap a movie. You may say now that I only have seen 30 minutes of it and that the movie may evolves with time passing by. Well I try to describe what my cancer infected eyes have seen. 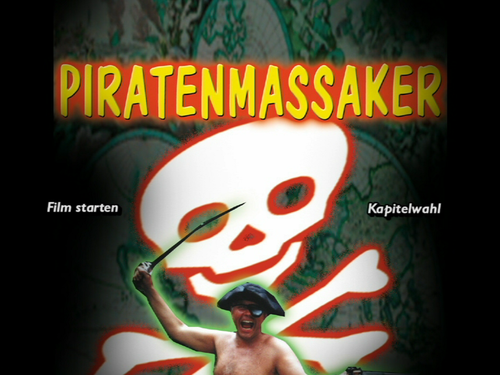 First of all the layout of the DVD itself looks like a Photoshop rape. The Intro is that bad that I really was motivated to turn the film off after a few seconds. But hey, (an intro of) a DVD doesn’t reveal anything about a movie. Well in this case it does.

Being filmed with the family camcorder and post-produced with Windows Movie Maker make this flick something really special. Especially the great artistic fading-outs in the beginning are out of this world and nearly forced me into drowning little puppies in order to calm down. The incoherent and confusing story (some pirates get chased by a monk and his army of cannibals), the absence of a plot, the “brilliant” insertion of private holiday video sequences, tons of movie mistakes and the use of the last visit at the local Aquarium (in order to simulate an underwater filming sequence!!!!!) elevate this movie to a completely new level of bullshit. 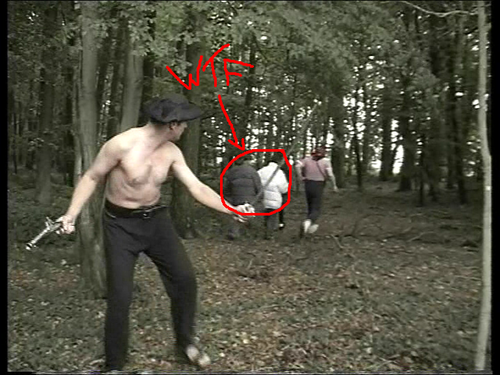 I don’t want to be a know it all but Taubert must have lost all his marbles but at least he toes the line and the unaesthetic camera work, the miserable editing, the sound and the “special effects” complete the gruesome quality of Piratenmassaker. No boom mic was used which isn’t very beneficial when you film with granny’s pre-war cam. The “effects” are the worst I have ever seen and Traubert even re-uses different shots repeatedly which, for me, is a cinematic faux-pas. It seems that the movie budget was that small that even the actors, if you can call them like that, have to share their outfits. The splatter effects are bloody insane and mainly consist in a guy squirting fake blood with an injection from behind the camera. After a few amateurish blood squirts Taubert and his untalented crew even ran out of blood or they simply forgot to use it! 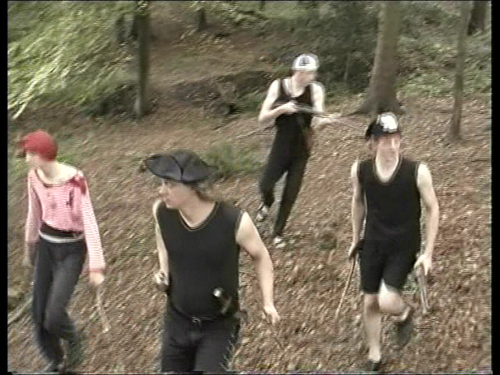 The people who are trying to act can be divided in two categories. There are a few ones who are completely overacting and other ones who have the capability of expression of a stone. But both groups have something in common, they play with an awkward reluctance and are most of the time not even able to recite two simple sentences in a row.

To conclude I’d like to say that I have no problems with no-budget movies, but I have a problem with people taking others for a fool and this for 80 minutes. As I already said, I didn’t finish the movie but what I have seen in 30 minutes suffices to give me a post-traumatic amateur movie syndrome. I built up a completely new definition of useless junk. Just don’t watch it!