Last May, the electronic duo Plankton Waves released their first single called Cloud Caravan. Their sound combines familiar electro-beats, poetry, songwriting and mysteries. In our interview we talked about the path from rock to electronic music, about nature and the 80s. 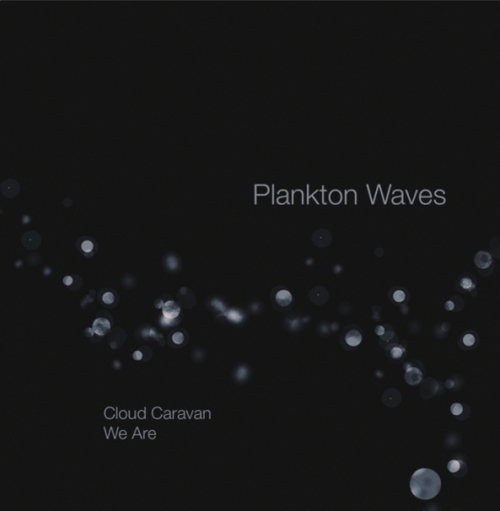 El Gore: One of those questions you can read again and again (but which I like to ask anyways) is about the change from loud guitars to the synthesizer. Is this always due to a broad taste or were there other reasons in your case?
Plankton Waves: Not using guitars anymore in fact wasn’t a conscious decision but the result of an unexpected and, at the same time, natural process. Guitar and bass always were important elements in our former bands and the songwriting was based on those instruments. We had our first electronic experiences with Minipli, but still the guitars stayed very dominant. With Plankton Waves, and after becoming a duo, we experienced many musical changes but we continued with the setup we were used to.

Our first record Unduriel released in 2010 was an important first step indeed, but it didn’t feel 100% right in a certain way. We felt like heading into a dead end and we realized that we had to change something to let our visions become true and find the right sound. So we decided to backtrack for a while in order to find new ways and learn the technical and creative know-how that would let us implement our ideas. During that process we built up a little studio and fell in love with analogue synths after having only worked with digital or softsynths until then, mainly because they were very easy to operate.

We knew that the analogue stuff was the right deal for us after having used one for the first time. It animated our sound and gave it the right depth we had been missing. On the one hand, old devices have natural and warm aura in their sound. On the other hand, their handling is way more intuitive. This is why the guitars had to stand back more and more, because new worlds opened for us, paving the ways for our visions.

We’re still using instruments like pianos, accordions or shakers, but every time we tried to integrate a guitar in one of the songs it just didn’t feel right anymore. Of course we won’t exclude the possibility of using guitars again one day. We don’t want to limit ourselves in any way, neither do we want to force our sound in one direction. We try to find out what a song needs, and at the moment none needs any guitars.

EG: What are the challenges in this musical style, especially when not being mainstream?
PW: Our ambition is the music in itself, so we don’t think too much about challenges. For us, the important thing is to get our sound close to what we hear inside our heads and to make our songs distill into their essence. That’s why we experiment a lot while recording, both creatively and technically. During our live performances, we try to underline the essence and the atmosphere of the music by wearing special clothing or make-up. We want to extend this in the future by adapted light shows, projections etc…

Being not mainstream and a small band in general, the biggest challenge probably is about marketing and promotion. This means a lot of work but it is an essential part of spreading one’s music. We have a very lively music scene in Luxembourg, but it is also important to get abroad on a permanent basis, especially if you are more ambitious and don’t see your music as being only a hobby. And this means patience, work and endurance. But first of all there is the creative aspect. 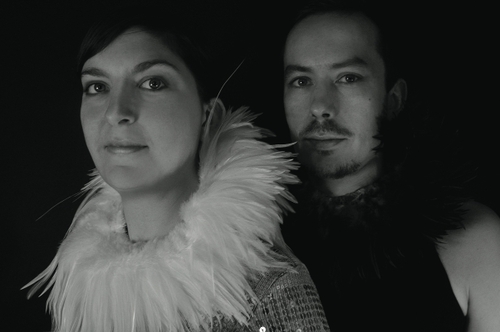 EG: Your lyrics used to be always sung (at least as far as I remember it from John McAsskill) in different languages. Was this a cultural or a substantial, artistic decision?
PW: We use English most of the time. It just emerges like this. English is a good language to sing in considering its flow, and it still is the international music language, so to speak. But there are a bunch of songs who demand another intonation. This often becomes clear during the first jam or lyrical improvisation. In the past, we had songs that were sung in pseudo-Spanish or in a fantasy language. On our new single, there is a song in German, namely Cloud Caravan, where we used a part of a poem written by Jakob van Hoddis. Both, language and poem, just perfectly fitted for that song. We tried an English translation but it just totally changed the whole flow. This wasn’t a bad thing in itself, but in the end we decided to go with the original language. Language, in this sense, seems to be more an artistic decision, but of course it is a big chance that we’re able to speak different languages due to our cultural background.

EG: Your sound is like a composition of a strong relationship with nature and with music from the 80s (at least in my ears, correct me if I’m getting lunatic). Do such mixtures arise automatically or is this something you wanted to be a part of your style?
PW: We know what you mean. Actually, we don’t think too much about a song when we start writing it. One idea leads to another or just totally changes the original idea. It often is an intuitive and also very long process, which we don’t always control and after which we’re often surprised about the output. There are of course conscious decisions, but they’re subordinate to the creative aspects and mostly they concern technical things.

We understand your feeling about nature and the 80s. We always preferred the countryside. Of course we often love to be in cities, they can be very inspiring, but in the length of time they feel too bright and loud, like an anthill in which everyone falls over everyone else and in which you can’t hear yourself anymore. That’s why we prefer living and working outside cities, where it is calm and where we are more surrounded by woods than by cement. On a musical level this state of mind probably results in a warm, natural and organic sound.

And, of course, we both grew up in the 80s and 90s, that’s were our musical origins lie, and that’s what shaped us, if we like it or not. It becomes obvious in songs like We Are while it’s less obvious in other ones. We rather don’t have any inhibitions to create such references, but we don’t do it purposely, so in the end, it is just an half-conscious process.

EG: Is a more pessimistic undertone inevitable or rather an unwanted side effect?
PW: We don’t necessarily hear a pessimistic undertone in the songs, rather a kind of melancholy or a form of gloominess, which is nothing pessimistic for us. Our songs don’t have a negative basic statement, even if they seem gloomy. You can find a glimmer of hope in each of our songs, or at least the hope of finding hope. In all of our songs we’re looking for a kind of beauty, and every beauty has a certain melancholy and gloom inside. This may not be obvious at first sight but you may feel them at certain moments. In this sense a kind of darkness is unavoidable for us. We think that this is more fascinating than the‘sunny side’, because the sombre part is the one giving the beauty its depth, being hidden under the surface. 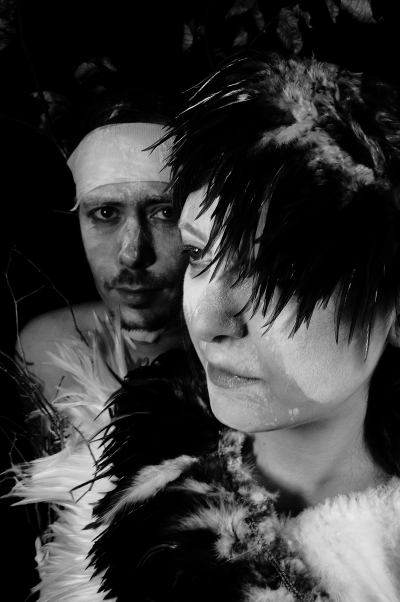 EG: Which are your main influences?
PW: Spontaneously, we can’t name musical influences. We have a pretty eclectic taste and there are lots of interesting artists in many different genres who probably influenced us more or less consciously. Just to name a few ones that influenced Natalie and me (Michel): Sonic Youth, early PJ Harvey, Diamanda Galas, Sergio Leone, Portishead, Tocotronic, Soap & Skin, Verdi, Le Tigre, Kyuss, Gorgoroth, Vangelis, DAF, Nirvana, The Knife, Fever Ray, A Silver Mt. Zion, Beethoven, 2 Unlimited. My (Michel) personal main influences are my dreams. I dream a lot and very intensively. When I work on a song, I often have one of my dreams in my head and I try to orient myself by it or to capture its mood.

EG: One question that immediately came to my mind when I read the news: how did you get in contact with an Australian merchandise agency that used your single as their video soundtrack?
PW: We coincidentally “met” on Facebook a few months ago. Boa Campbell liked our sounds and she asked us if she may could use our single when we released it. She may also found us because of Belle Sauvage, a fashion label from London for which we already had done soundtracks for two of their promotion films. This is definitely one of those internet stories for which we just love social networking.

EG: Considering the future, what are your short-dated plans and do you already have long-dated ones?
PW: We’re playing a concert at the opening of the “op den 3 Eechelen” museum on the 15th of July and on the 21st we’re playing at the “Graffiti Jam” in Lorentzweiler. After this we’re going to shut ourselves away again in order to finish our record. We’re also planning a few concerts in Luxembourg in autumn and winter, but we mainly want to organise concerts abroad starting in late 2012. There will also be another video and some other audiovisual stuff.