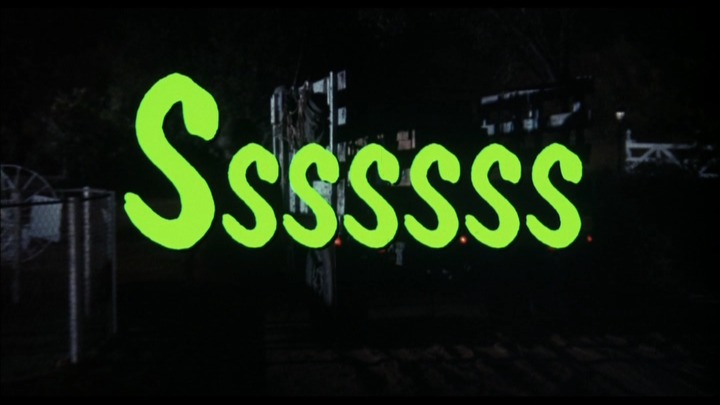 As the music was kind of special during the disco epoche, filmmakers tried to save whole generation by making some of the best and memorable monster/horror flicks like Jaws, The Hills Have Eyes, Piranha, Invasion of the Body Snatchers, Dawn of the Dead and I could go on like that forever.

Today I want to present to you a rather unknown but not less interesting flick. Sssssss (1973)  is one of those movies which have been on my watch-list for ages and the day before yesterday I finally ended up watching it for the first time. I am not quite sure if I should categorize it as a mad-scientist or animal horror movie  but in the end this doesn’t really matter.  Sssssss, or Sssssnake Kobra how it was called in France and the UK,  is a low-budget B-movie starring Strother Martin, Dirk Benedict (probably better known as “Faceman”) and Heather Menzies. It was directed by Bernard L. Kowalski and the make-up effects were done by Nick Marcellino and the great John Chambers, best known for helping to set up the Canadian Caper story (if you have seen Argo, you know what I am talking about).

To resume, Sssssss has everything a good trash movie needs to have. There is the mad scientist, a rather atypical and “nice” villain, whose plan is it to create a perfect creature , a good-looking woman aka the doctor’s daughter and a naïve student, who falls in love with the woman, and slowly but surely turns into a snake (!!!). You, for sure, can argue that nothing really happens and that it is a really slow movie (although the ending comes a bit too quick and seems to leave the movie unfinished). Furthermore, especially the snake sound effects really get on one’s nerves, but you can’t deny that the movie is really enjoyable and even though the story has a low arc of suspense, Sssssss is really sympathetic and a recommendable goofy flick for genre fans. 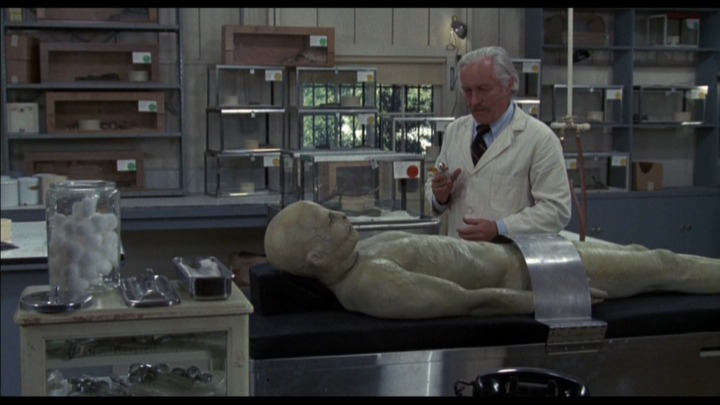 To conclude I wanted to state that it is a shame that the oldschool, cheesy, vintage low-budget horror flicks are nowadays replaced by the cheap Syfy CGI infected shitmovies like 2-Headed Shark Attack, Dinocroc Vs. Supergator and co.

I thought about what else I could say about the movie other than what I did it but I am honest, I simply can’t! If you are a B-Movie monster fan, watch it. If not, just leave it but in the end the movie is just cool as shit!