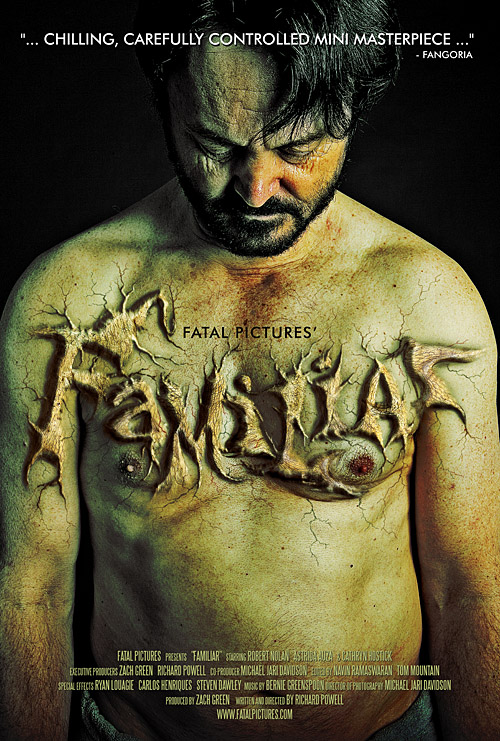 Fatal Pictures is a Canadian filmmaking team consisting of producer/director Richard Powell and producer Zach Green. Familiar (2012) is their third short after Consumption (2008) and Worm (2010), neither of which I have seen so far but which I am surely going to check out in the future. For now, let us just concentrate on their most recent output.

The 24 minutes short flick is about middle-aged John Dodd (Robert Nolan) who is pretty upset, disgusted and bored with his life and role as a family man. Being a husband and father gives a lot of men a sense of security, which is not the case for Dodd, who feels stuck and despises his wife. In addition he is counting the days until his daughter is old enough to leave for college so he can be free of his family. Unfortunately for him, events don’t turn out as he imagined and the man, who tried to get his life under control, starts suspecting the negative impulses plaguing his mind may not be his own. 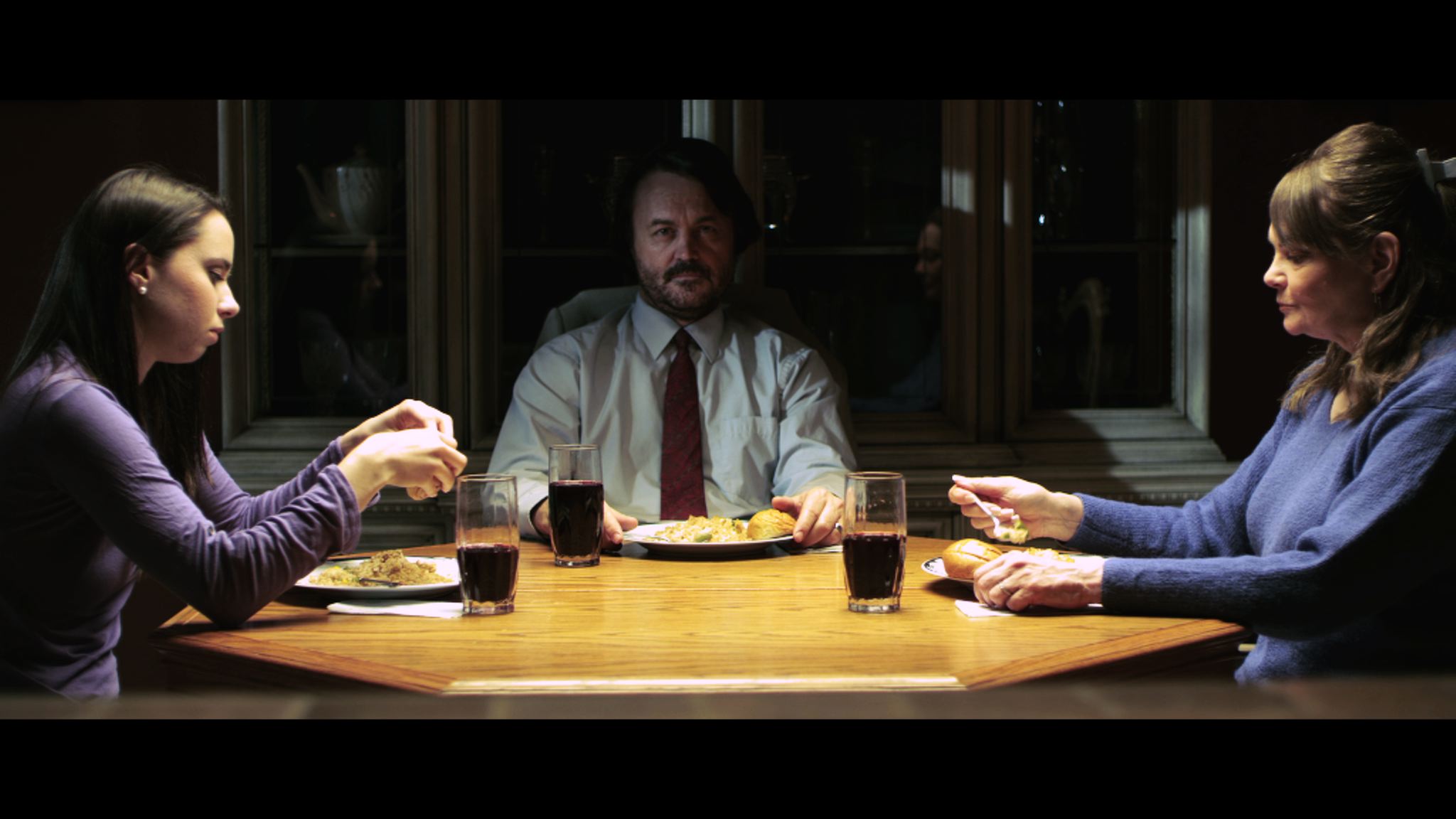 There are 3 main aspects which hold Familiar together and set it apart from other, moderate, or even really good short movies. First of all, and beyond all doubt, there is Nolan‘s incredible acting performance. I surely give credits to Powell for the well-written dialogues between the main character and his mind but it in the end it is Nolan who conducts these “conversations”. The switch between the “conversations” and the actual actions is never getting boring, nor superfluous or unnatural. Nolan’s acting is responsible for the weird feeling I felt throughout the whole movie. He did an amazing job!

Second, there is the work of director of photography Michael Jari Davidson and especially the Butcher Shop special effect team. Familiar is not a brutal, bloody flick per se but the team did a fantastic job at creating the physical monster growing inside Nolan. The movie has this strong Cronenberg touch and the FX team, which to be honest was my biggest fear, didn’t fuck it up but rather up the ante. The interplay of the film aesthetics, the acting and the special effects works perfectly.

Third aspect to be mentioned is the incredible turn of the movie and its smooth transition. It’s not that the turn can’t be foreseen in some way or another, but believe me when I say that it is going to be heavier as you may think. Whereas a lot of movies lose in authenticity by introducing a physical monster, Powell was able to maintain and even reinforce the specific cinematic atmosphere dominated by disease and disaster. I am sure that a lot of people made up their own interpretation of the ending and so did I but I won’t share it with you. Instead I strongly urge you to watch it!