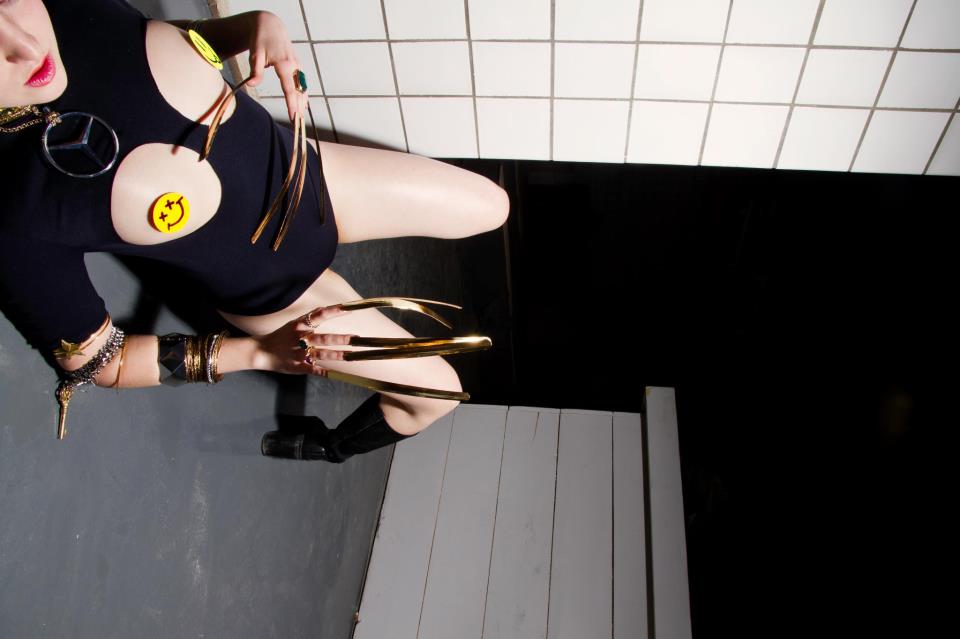 I haven’t seen a play for quite a long time but last Saturday I had the opportunity to see a modern version of Das Schloss (the Castle) by my all-time favourite writer Franz Kafka.

On the one hand I have to admit that I was quite sceptic because I think that it is very hard to visualize the author’s ordinary, prosaic but clear writing style and to create the depressing atmosphere he is known for.
On the other hand, Das Schloss is, amongst Der Verschollene und Der Prozess one of the three unfinished novels by Kafka, which was posthumously released by Max Brod and there are no references of origin, we even do not know if Das Schloss was meant to be a novel. The requirements for creating a play could therefore not be better as the director and the actors are even more free in doing their own Kafka interpretation.

The novel fragment of Das Schloss contains a lot of bizarre and surreal elements which, to me, reflect the hopelessness (and later on helplessness) of K’s (the main character) aspiration to approach the castle. In the play these kafkaesque absurdities are crucial and portrayed in a very exaggerated way which turned Das Schloss into a rather humorous extroverted skit. The comical construction of the characters, especially Arthur and Jeremiah (K’s assistants), and the wonderful and dedicated way of acting helped to make the depressive topics of bureaucracy, power and helplessness more digestible.

The actors were just fantastic and if this is the new generation of (German) theatre we don’t need to be worried about it. The women, just like in the novel, were more or less presented as modern prostitutes but also seemed many a time superior to the men. The best example is Gardena the landlady. The character was incredibly believable and hyped up at the same time and reminded me of the amazing Sybil Fawlty from Fawlty Towers. Talking about the characters, I could go on and on. I could write about Barnabas whose inexperience in his job was picturized by a childish look and an infantile behaviour. I could write about K and his spastic convulsions, but this would go beyond the scope of this review.
Last thing I want to bring up are the costumes. They top off everything. Josa David Marx did a perfect job, every single costume was perfectly adapted to each character but also underlined/were responsible for the absurd and surrealistic aesthetics of the play.

If you are in Berlin during May buy a ticket, there is no excuse for not seeing the play.